This is one of those weeks where we had a lot going on. Monday, I was the helper in Quinn’s classroom. He loves being the leader, starting snack, getting to pick the songs they dance to and the way they say hello. I love being a part of his world. When I was leaving Quinn’s school Monday I said, “Have a good weekend!”. It was at this point I realized it was going to be a long week. We had the usual: Quinn’s school Monday (me volunteering) and Wednesday, but we also managed: story time, open gym, swim lessons, my doctor appointment,  Quinn’s four-year-old check-up, a Badger basketball game and great grandma’s birthday. Miraculously, I managed five blog posts too!

My doctor’s appointment was a prenatal check-up. The whole fam came along, as they have on every other appointment. The husband has a perfect record (Quinn, Eleanor & baby #3). Instead of leaving work to sit at home with the kiddos, he leaves work to hear the baby’s heartbeat and catch an impromptu ultrasound every now and then. I am beginning to gather that it isn’t normal to take your whole family to your prenatal appointment, but it is the way we do things around here. I am now past the half-way mark! This pregnancy is flying by. With two little ones, a home and a blog to keep up I don’t have time to think about it. With Quinn I felt like I spent a lot of time waiting and it.took.forever.

I also am in no rush. I am excited for this baby, but April will be here soon enough. Right now, I just want to soak up my two little ones as much as I can. 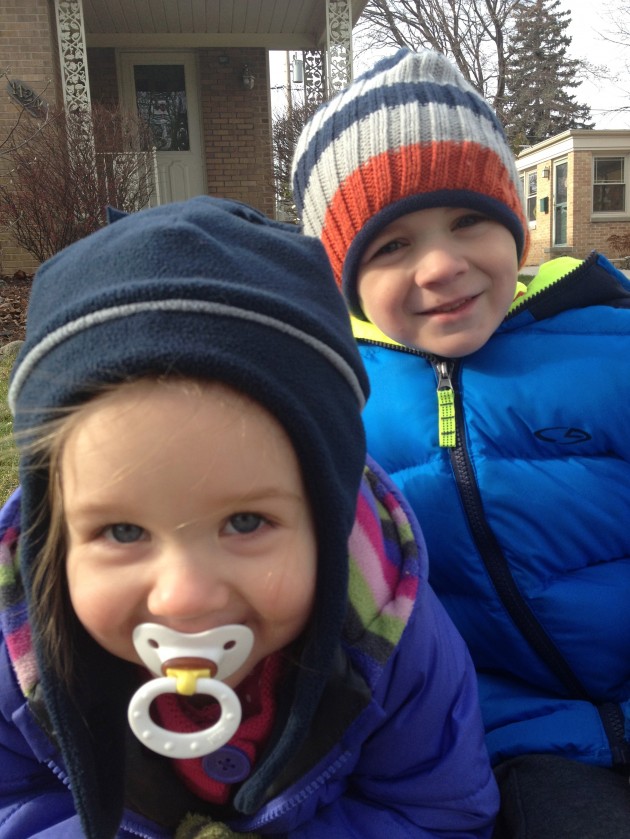 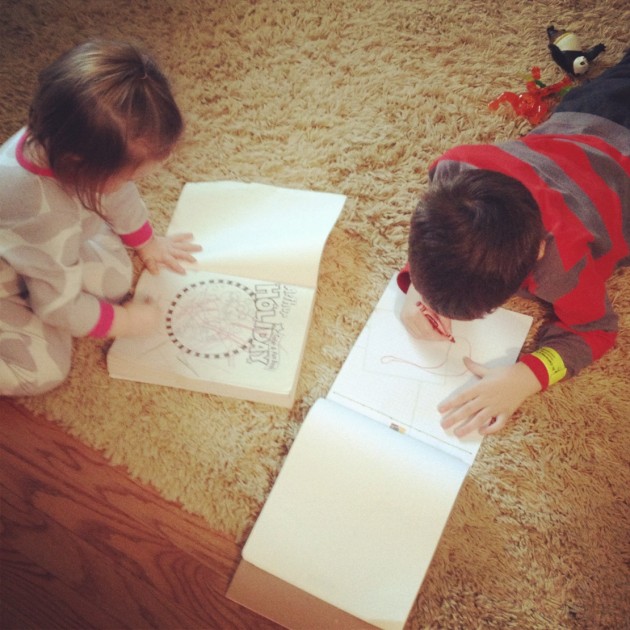 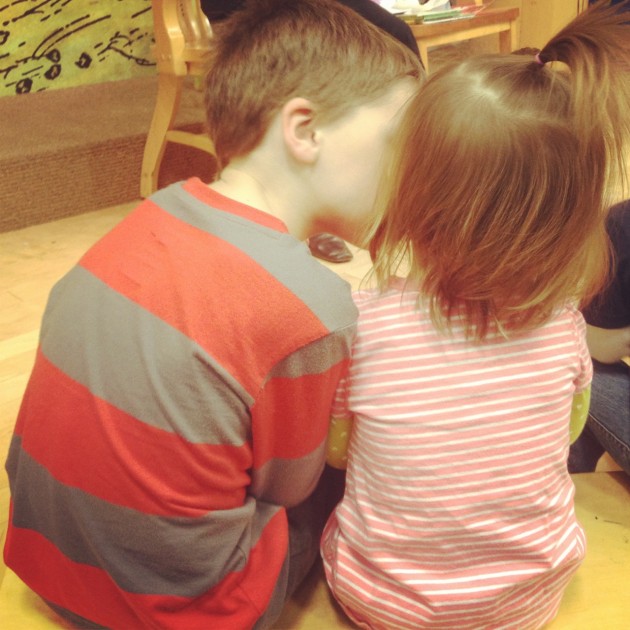 Especially Eleanor. She will be 23 months when this baby comes and will become the middle child. I feel just a tad guilty about this. As my mother would say, “don’t wish your time away”, and I’m not. 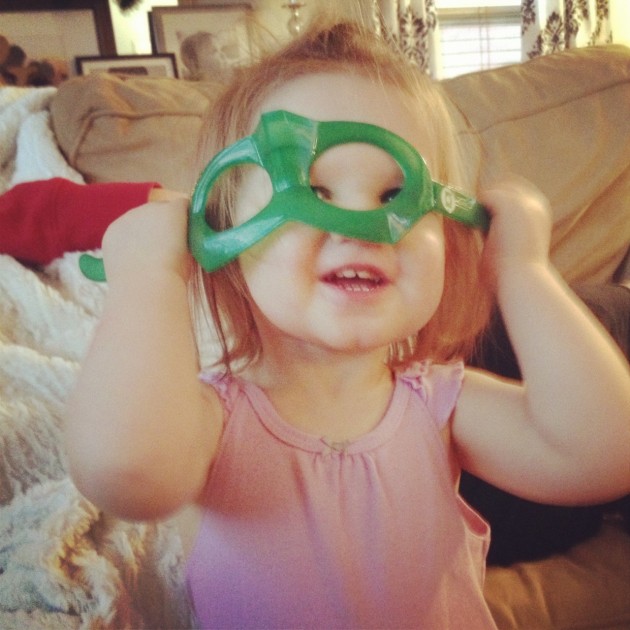 Due to insurance purposes, we are waiting until the first of the year to have our ultrasound. It is scheduled! Quinn was a stinker and didn’t cooperate, meaning we didn’t find out if we were having a boy or girl. With Eleanor, we knew. Both were equally exciting. Gender is 50% of it, so either way, not that surprising. An entire human being coming out of you is pretty shocking. At this point I imagine lots of dark hair and blue eyes, since that is what we know. Knowing boy or girl also makes it easier to talk to the kids. Quinn was calling Eleanor by her name when I was six months pregnant.

So here is the real question: Boy or Girl? I think it is a boy, but my track record is pretty pathetic.

For those of you who are friends with me on Facebook or Instagram, you know whats up. I absolutely had to share about Quinn’s Badger basketball game. First off, I didn’t go!! I stayed home with Eleanor. I am kind of bummed that I missed it. He had a great time. The seats were fantastic. He had to bring the ball back to the referee and the entire Kohl Center cheered for him. You know he loved that. He also had some pretty sweet photo ops. 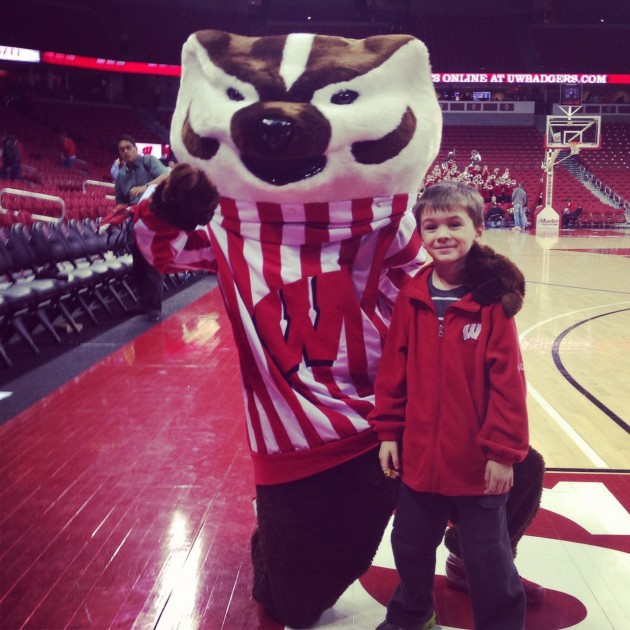 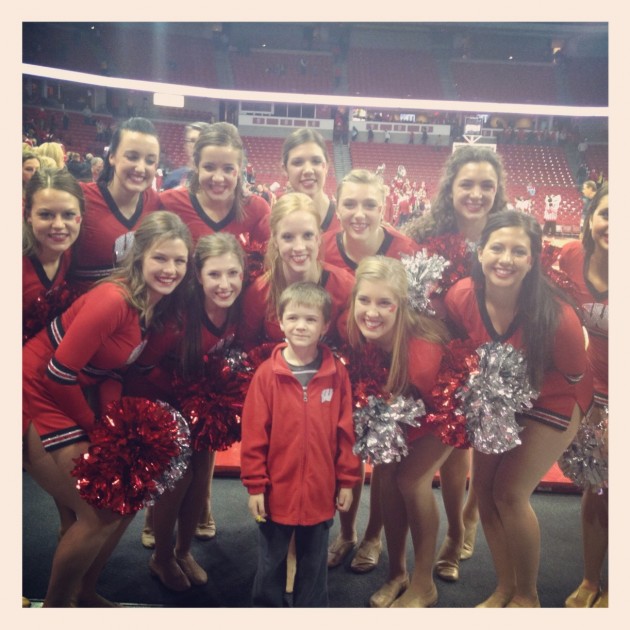 Do you think he enjoyed himself? Any guess what his favorite part was? Yup, getting his picture taken with the cheerleaders. Oh boy, we’re in trouble!

Another, not so enjoyed photo op:

Eleanor was completely intrigued. See her peaking at Santa? Checking it out. 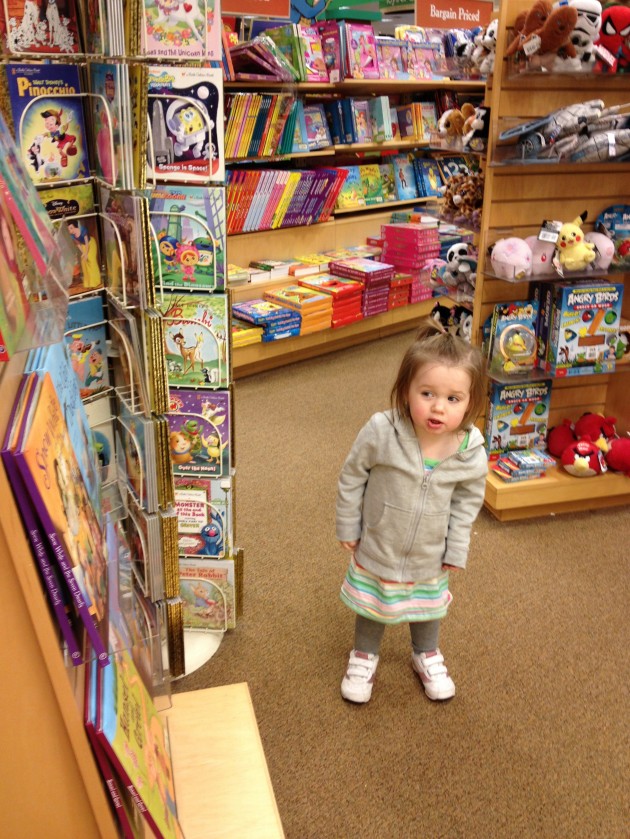 When I sat her in Santa’s lap She flipped. I know it looks like we are torturing her, but this was honestly five seconds of her life. She was over it as soon as I picked her up. I honestly thought she would be fine since Santa had a candy cane. The girl will do just about anything for candy #shegotitfromhermomma. Quinn did just fine. 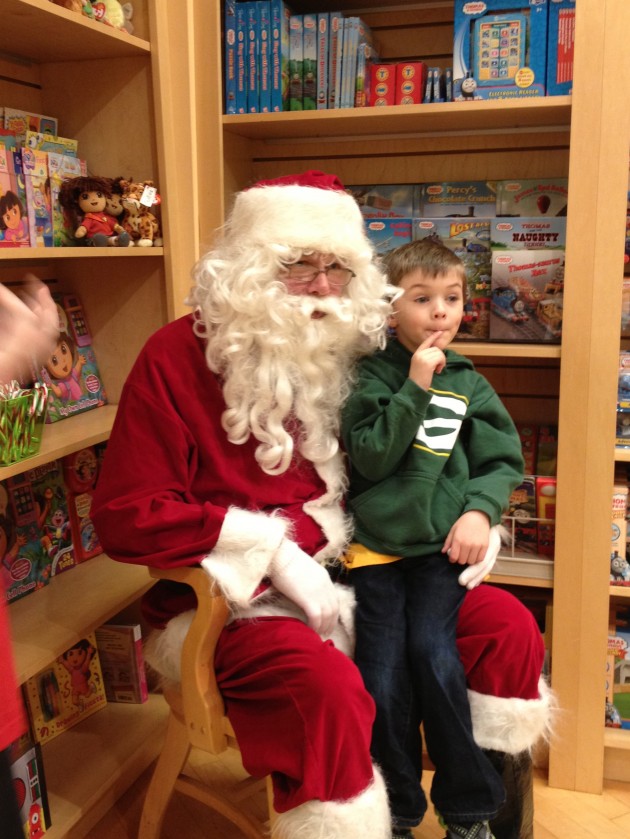 How was your week? Busy or laid back? Anyone else torture their children with a Santa pic? Don’t forget to leave your prediction: boy or girl?