Quinn stayed home from school today sick. That kid is pretty miserable and I keep waiting for him to get better. Hudson was all kinds of crabby since he decided to wake up at 3 AM! Ross and I tag teamed until 5 before we finally gave up. Quinn was up crying and burning up and it seemed frivolous to pretend we were getting more sleep.

Quinn lounged all morning, snuggled in our bed and watched TV. We had some unseasonably warm weather–77!! here in Wisconsin. Since we will be buried in snow and sub-zero temps before you know it and Hudson was crabby-McCrabberson, we had to get out and enjoy some fresh air. Hudson and Eleanor were in the stroller and Quinn was going to ride his bike. Obviously easier then keeping up walking for him. He said he was up for it and I figured some fresh air might do him good–then lunch and naps. 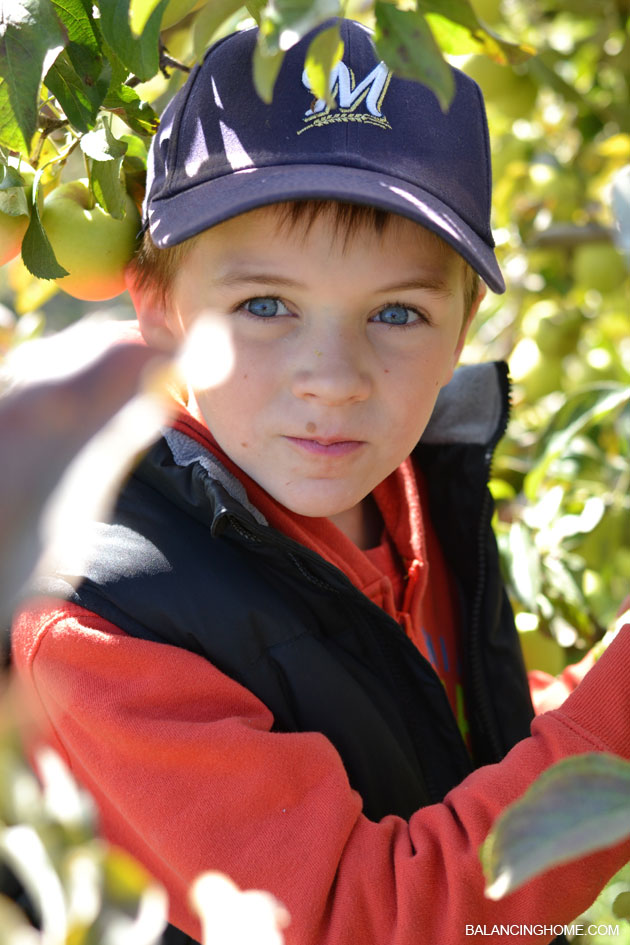 Quinn follows rules. Quinn is the safety police. He points out bikers and motorcyclists without helmets, children who aren’t buckled and any other dangerous acts he sees. He would never run in the road. He would never break a rule. I don’t worry about him, because I KNOW him. He.Just.Wouldn’t.

All summer we walked, Quinn rode his bike. He would wait at each street until we caught up and helped him across. This morning Quinn quickly pulled ahead on our block and waited at the corner for me to help him safely across. Again, pulled ahead and about halfway down the block he stopped, because the sidewalk is being replaced. When I caught up to him, I helped him safely to the other side of the street, crossing from one driveway to another. Then I started walking, stopped at the corner of a busy street and Quinn just whooshed past me.

I ditched the stroller and ran into the road, yanked him off his bike to the curb. Quinn was hysterical, I was shaking. Literally seconds saved his life. Quinn didn’t realize how close we were to the end of the block when we crossed over to the other side of the street. He was so focused on getting started on his bike, that by the time he was aware of where he was all he saw was me and the giant stroller. It didn’t register that was the street, he was worried about hitting me.

An honest mistake, because those happen. Even kids who follow all the rules, make mistakes. I’ve replayed it in my mind a million times, feeling more guilty and grateful each and every time. Almost– today one of the most beautiful words. Almost.

After the crying and the hugging, when our nerves returned we talked about it. Lets go on a stroll in the 77 degree weather is what I was thinking. I didn’t think about how much focus it takes for Quinn to ride his bike and that maybe he was too out of it. Quinn also said that when I’m in front of him, he cannot see. He prefers to be in front so that it is clear where the road is. Somewhere in there, I must have let my guard down, because my son knows the rules and he follows them.

My almost moment has reminded me that no matter how fabulous, intelligent, amazing, kind, and good our children are–they make mistakes too. My guard is back up. And I just need to close my eyes and go back to that moment– Quinn, yell, blur–and I’m reminded the difference a second can make.