It is hard to believe my little girl is 4! It is absolutely unreal how quickly it has all passed. So unreal, that it wasn’t until my sister-in-law sent out invites for their son’s birthday, which is a week after Eleanor’s, that I realized I better pull something together. We literally texted my family to come over for pancakes the next morning, because I knew they would all be around and they are all local. That, and our family keeps getting bigger and our house is the same size, so fitting both sides is crazy. 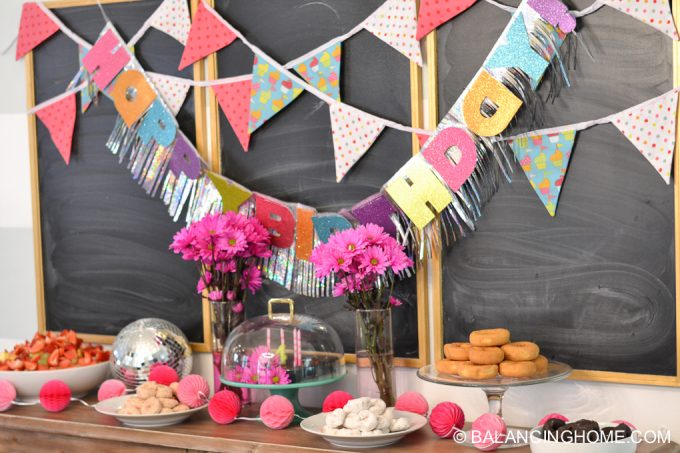 I then ran to Target that night where I pick up a Happy Birthday banner, since Eleanor had specifically requested one. There was cute honeycomb garland for a few bucks so that jumped in my cart too! 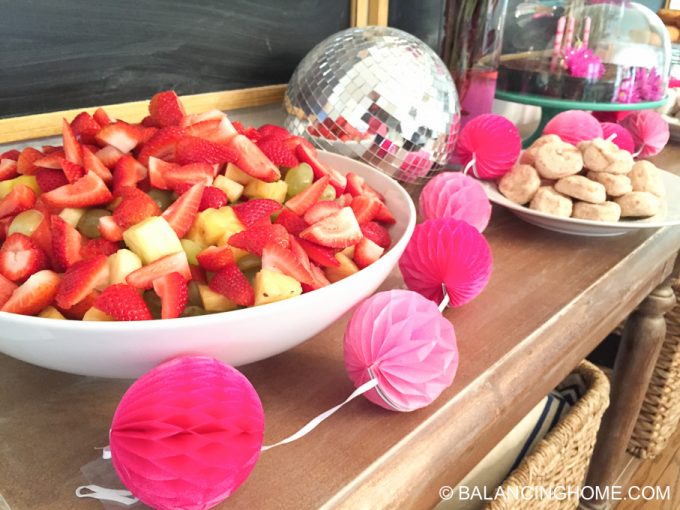 Then I came home and got to decorating. A couple years ago I saw this adorable fabric bunting on clearance at Target for $0.99. I busted that out for the party as well. I had a plan in my head for what we would be picking up at the grocery store so I set out the dishes and did my decorating and cleaned my house and went to bed. 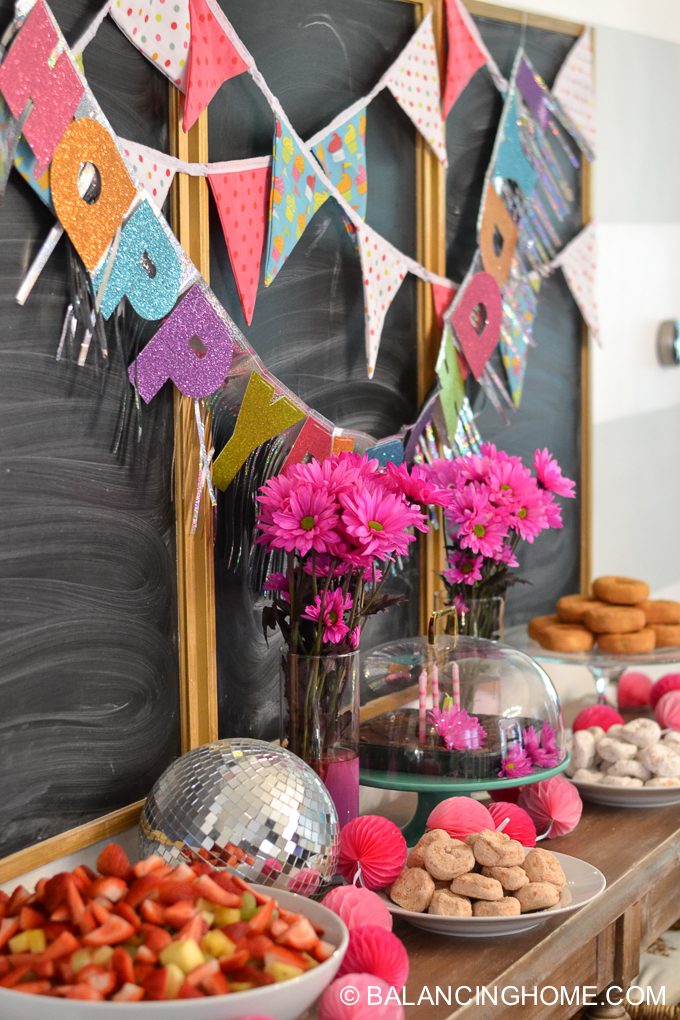 The next morning Ross ran to the grocery store where he picked up some fruit, juice, bags of donuts, store-made brownies, and flowers. We dumped everything where it belonged and we were ready to roll by 8. 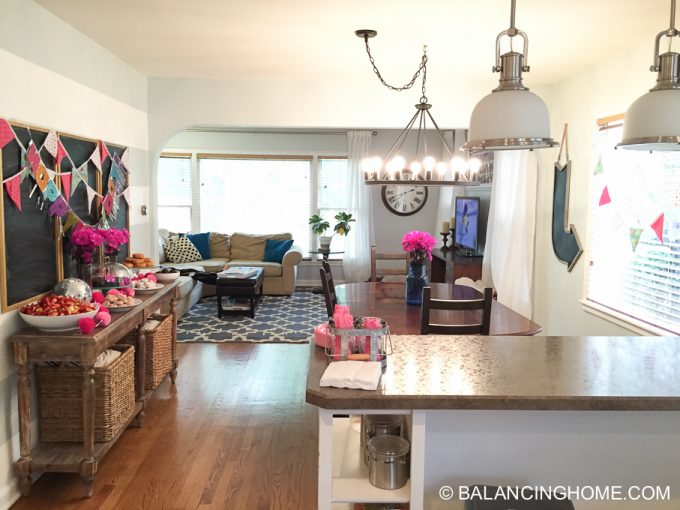 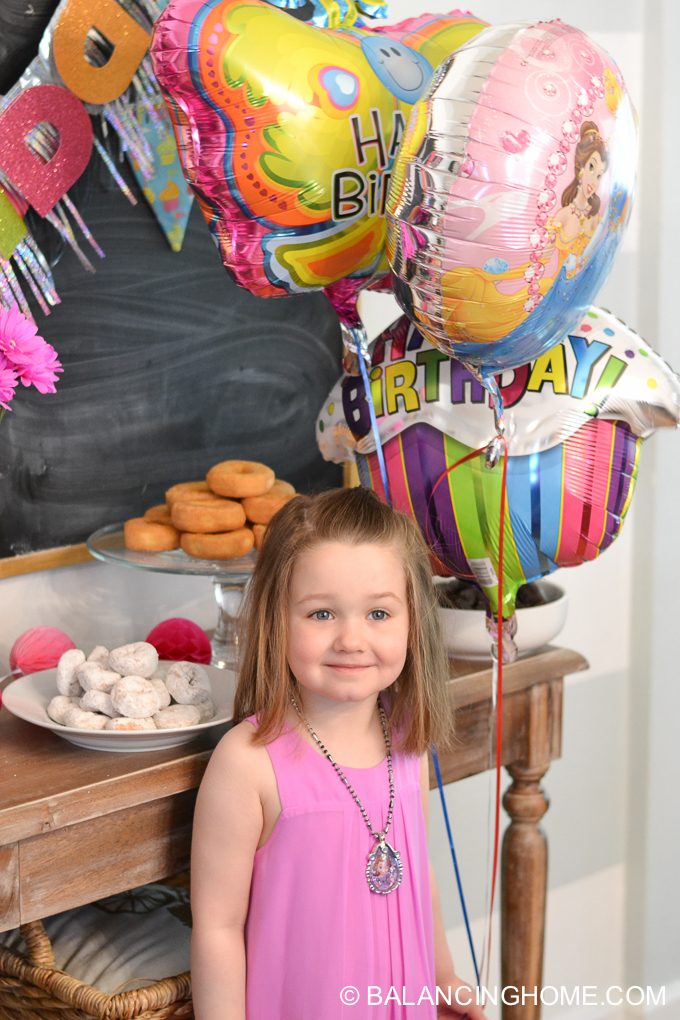 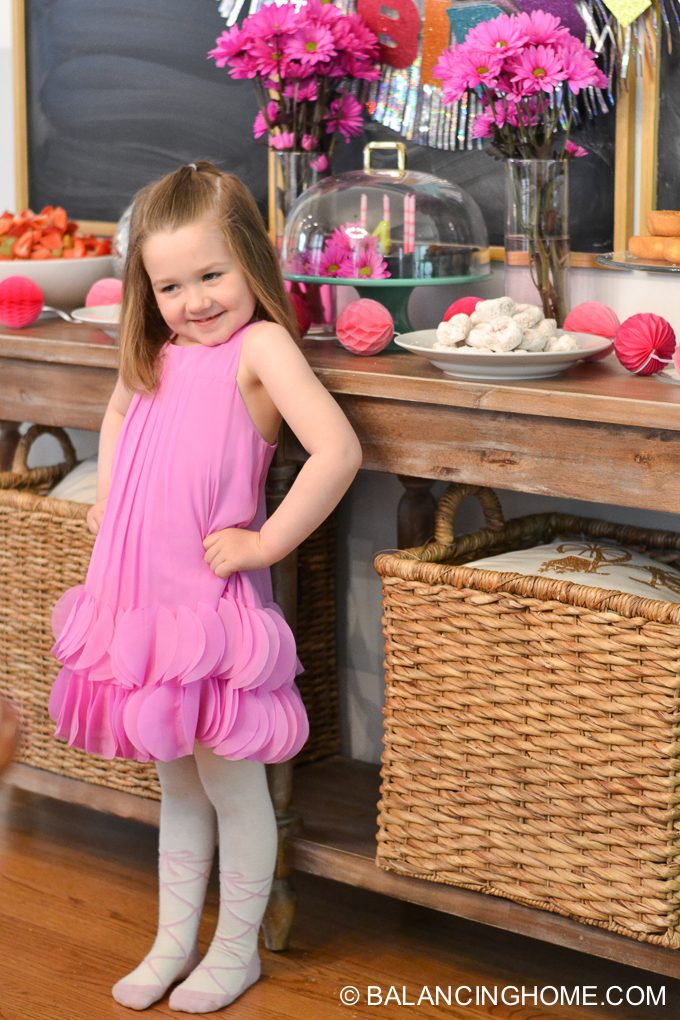 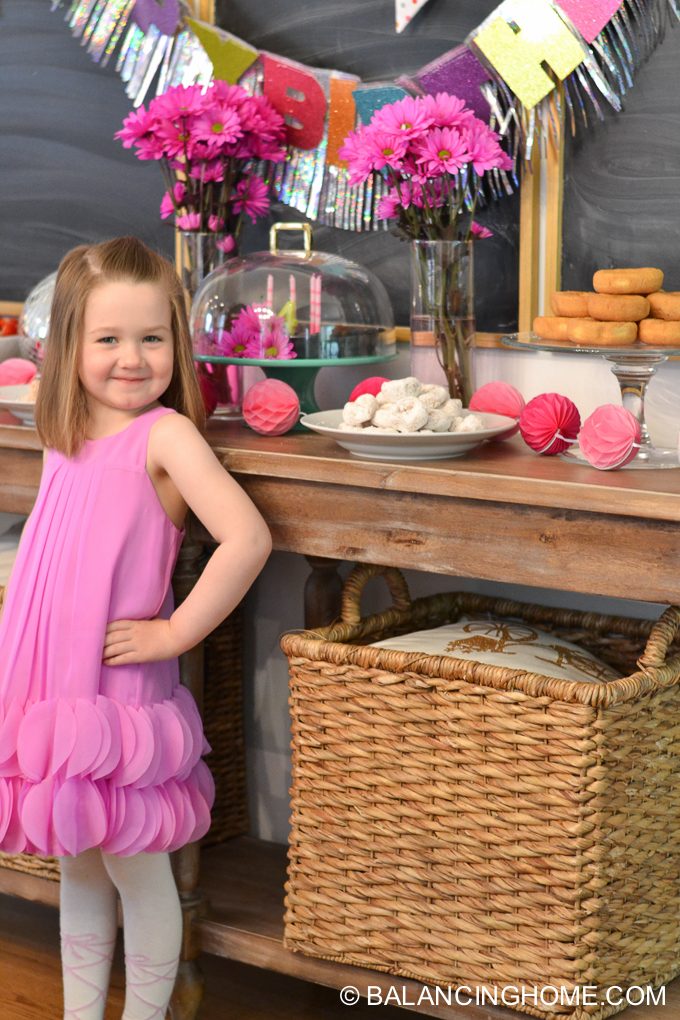 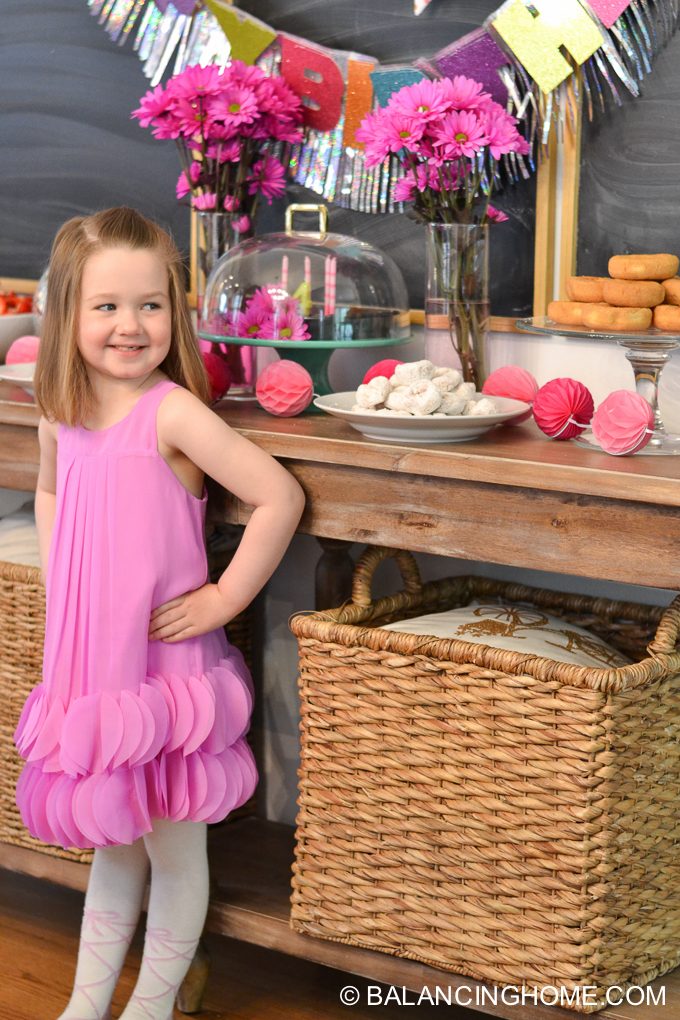 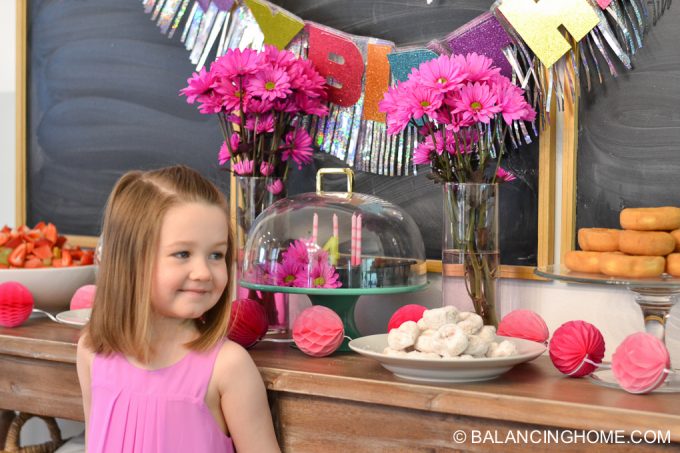 How do I pick just one picture? I love her so freaking much! 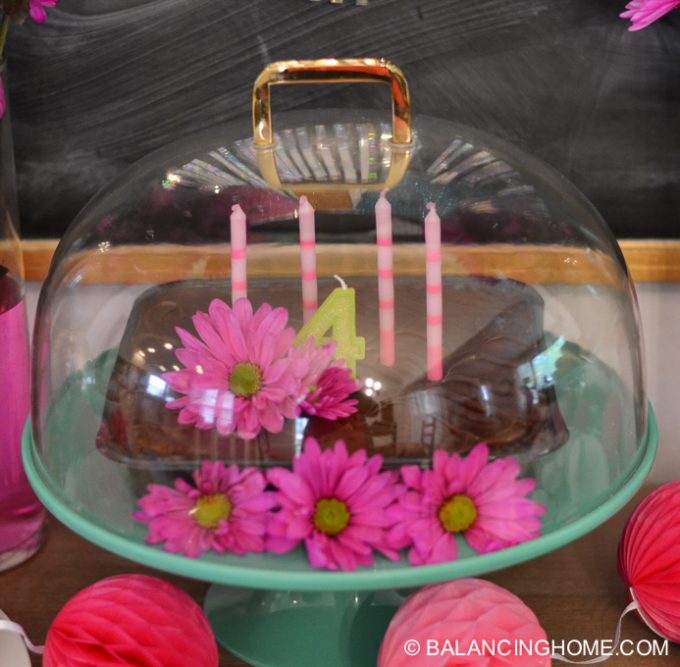 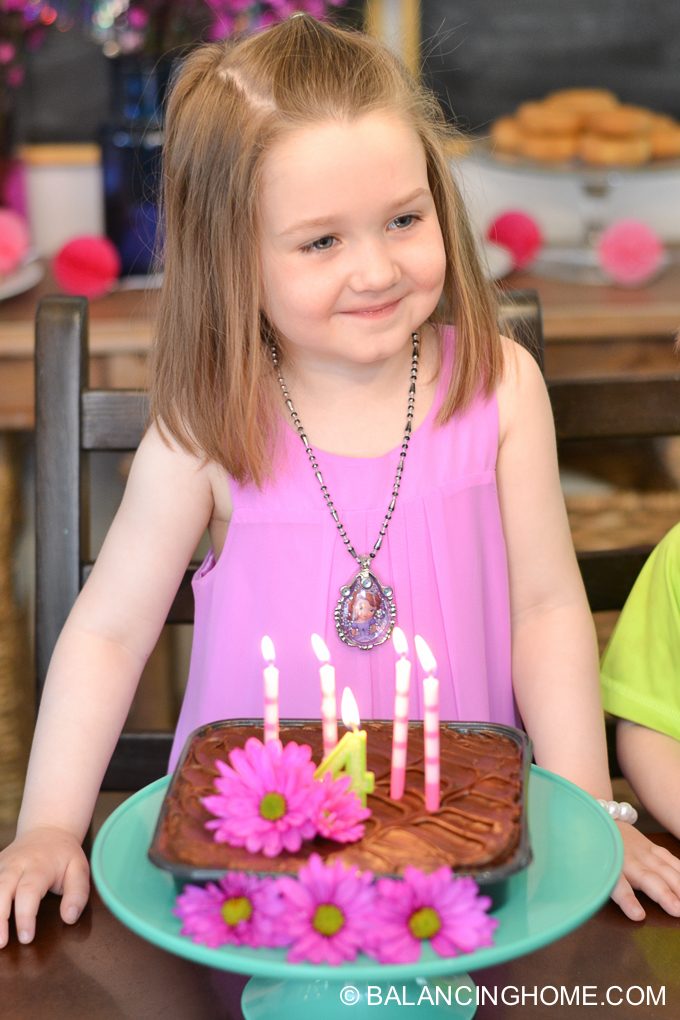 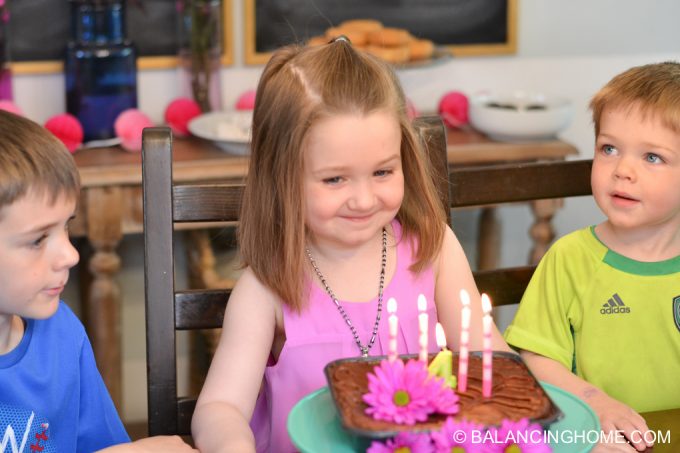 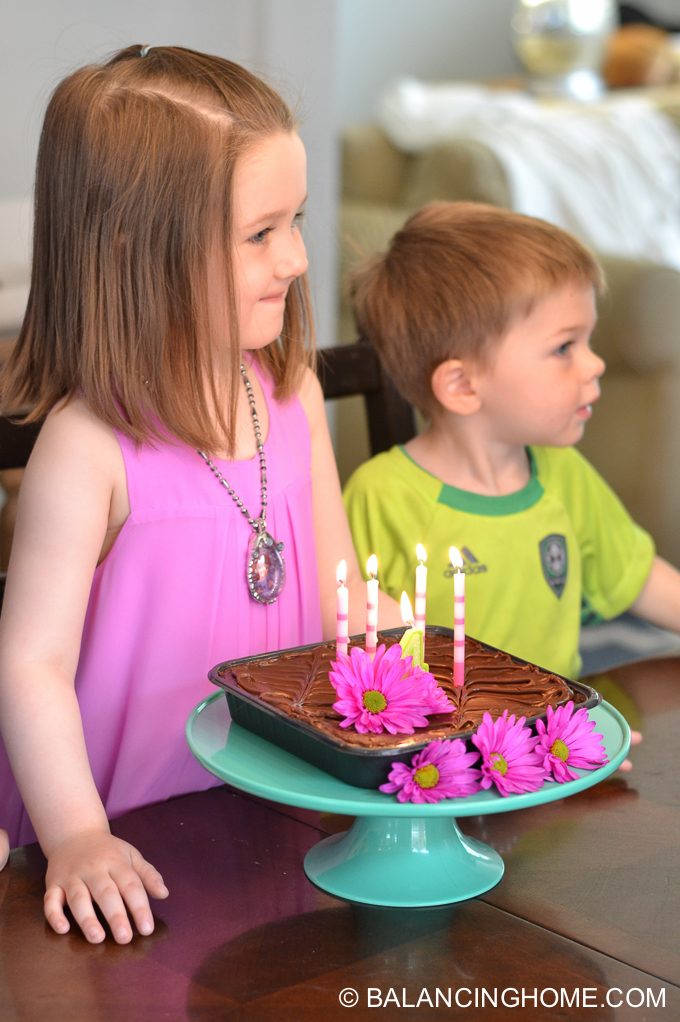 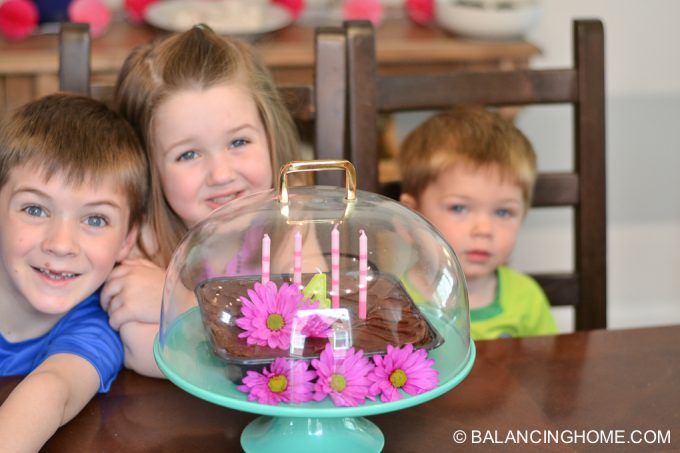 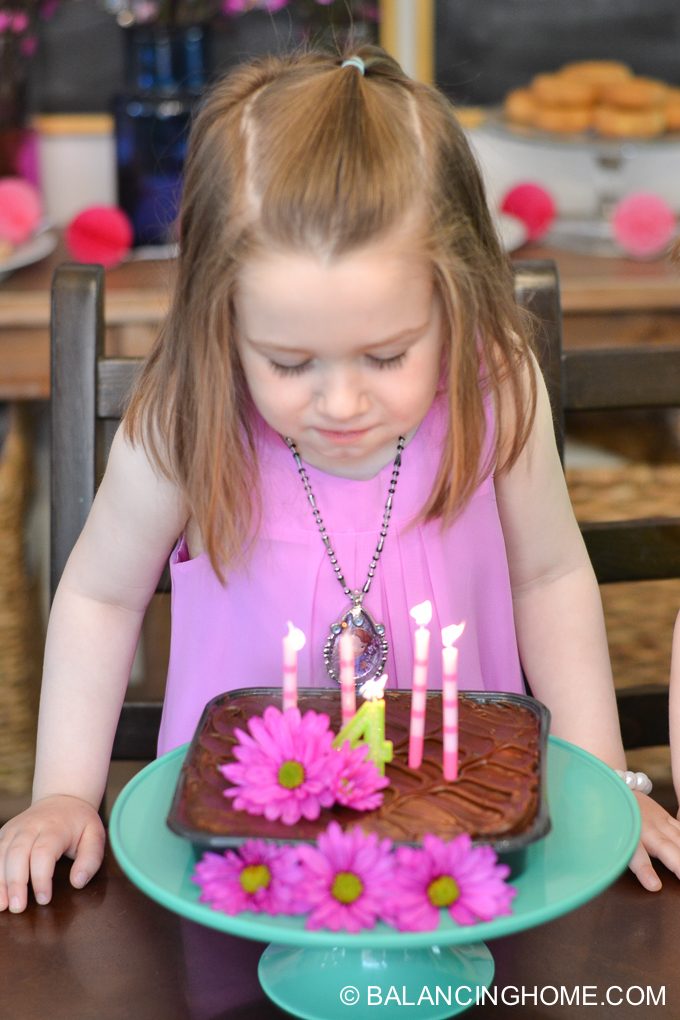 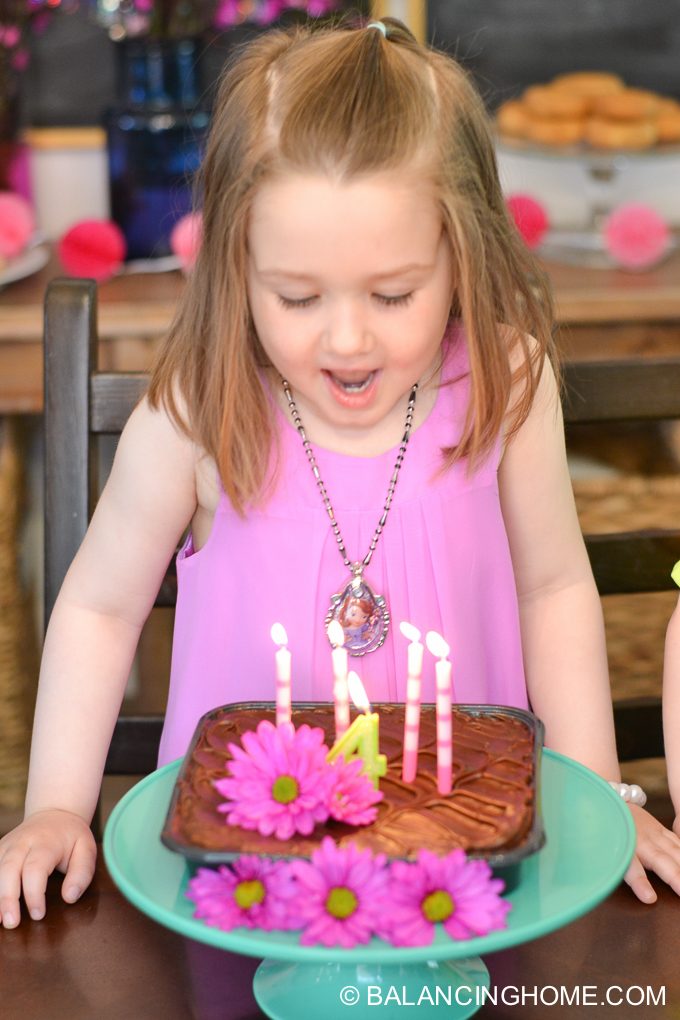 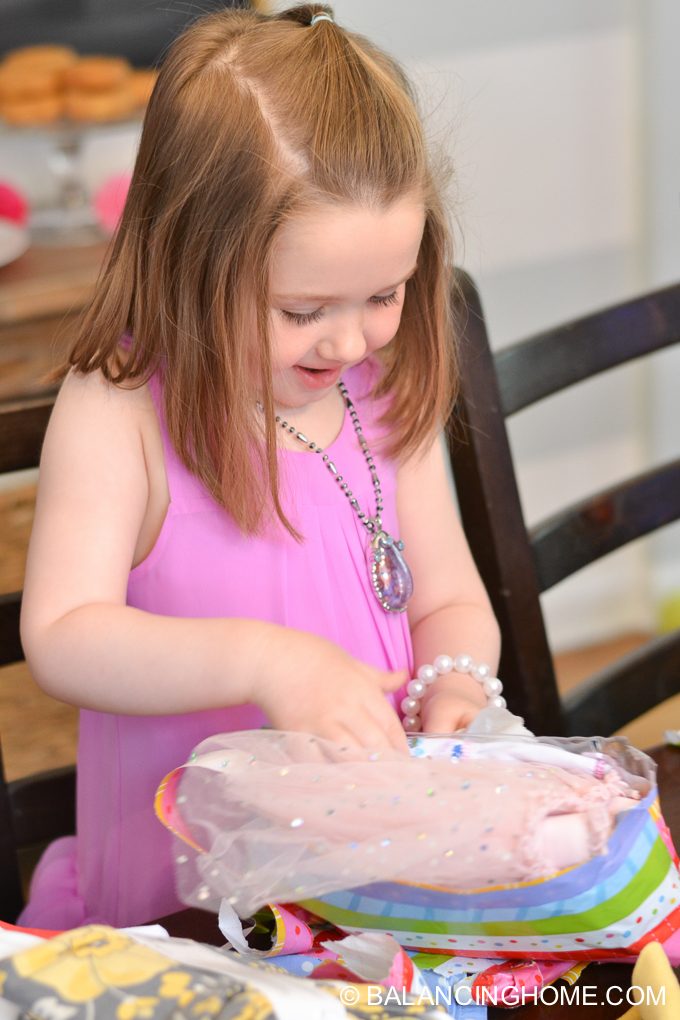 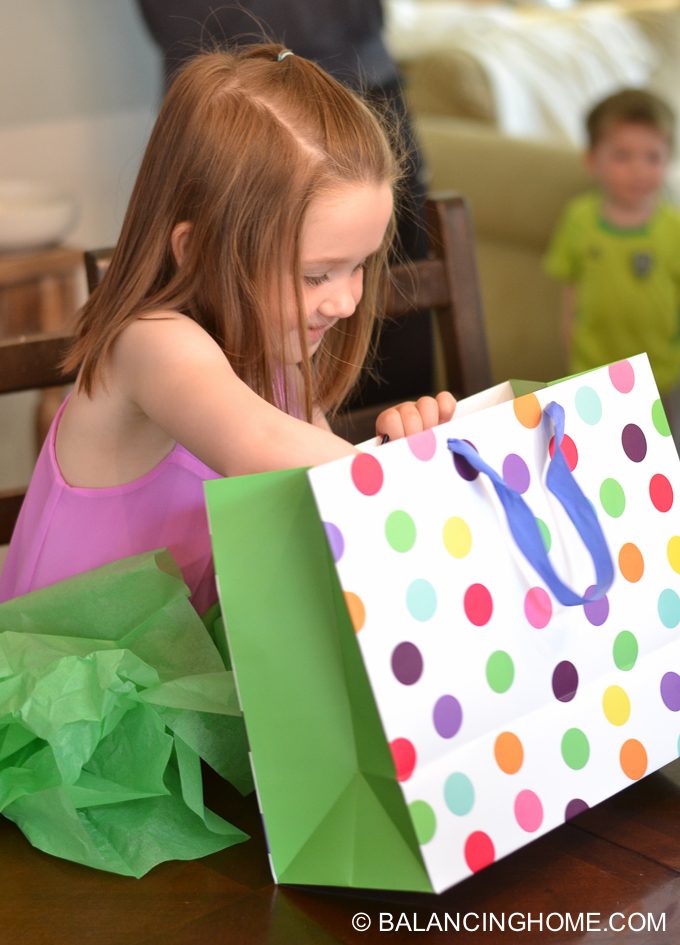 Ross makes the pancakes on the griddle and serves them during the party. Otherwise everything was really low-key. Just breakfast with family. You probably remember we did the same thing for Hudson’s birthday (just less decorations), and even Christmas morning. We kind of have it down to a science so we just repeated the process for Ross’s side of the family a week and half after her birthday when we could that whole side together. The kids love pancakes, it is cheap and it is easy. 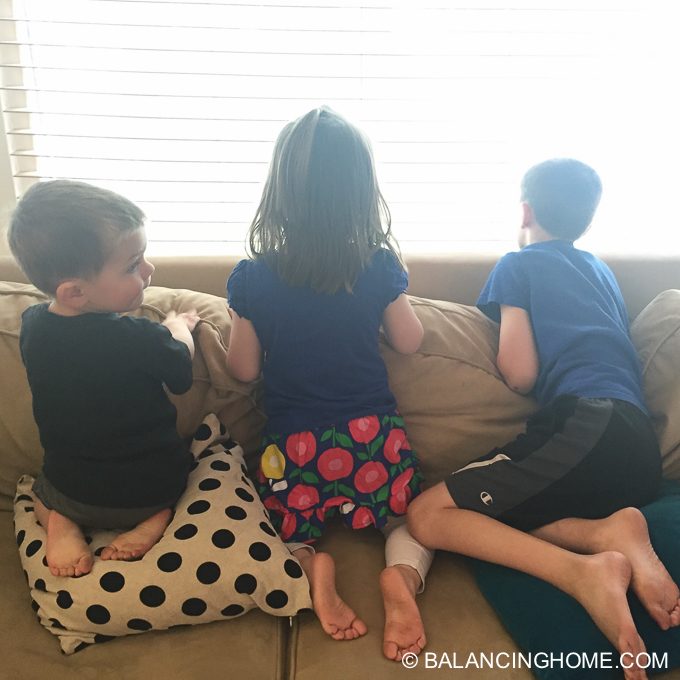 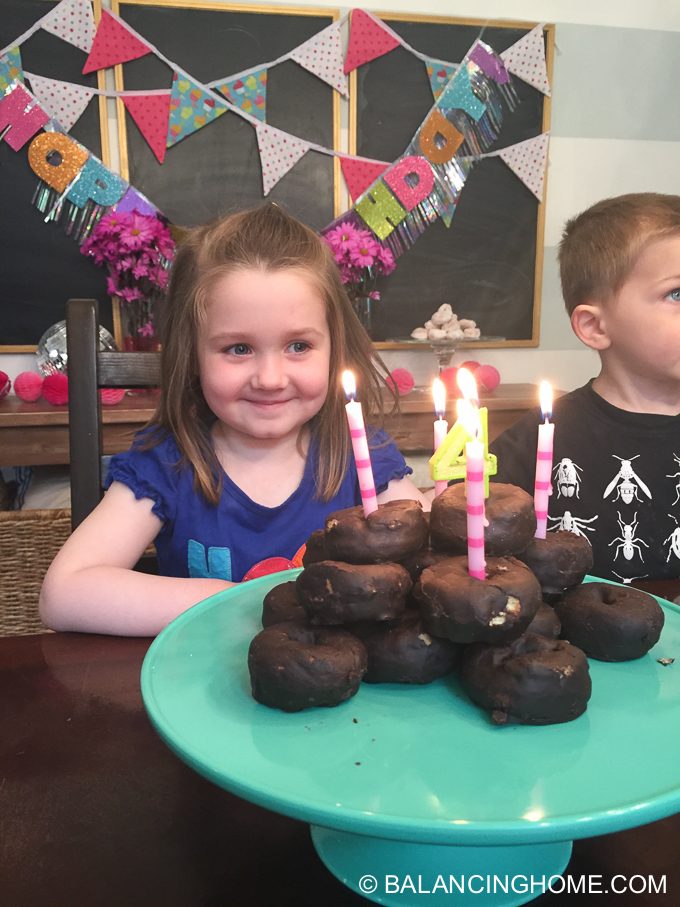 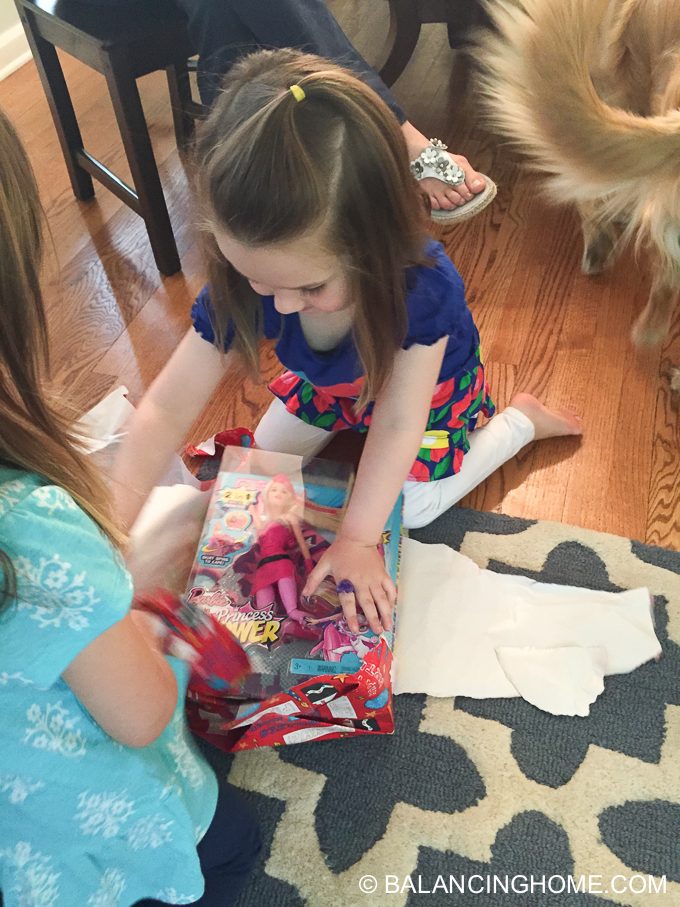 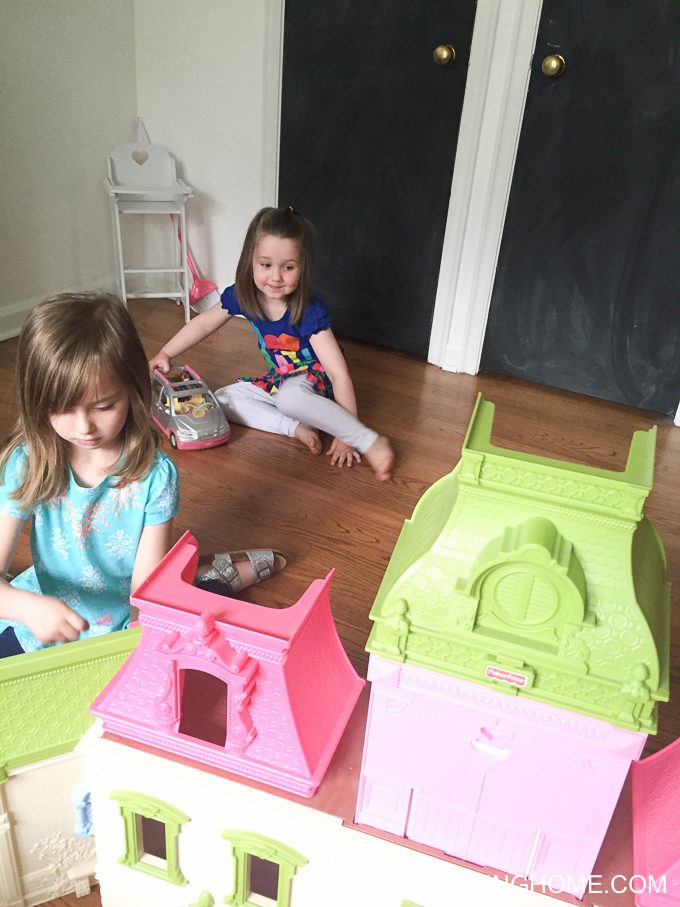 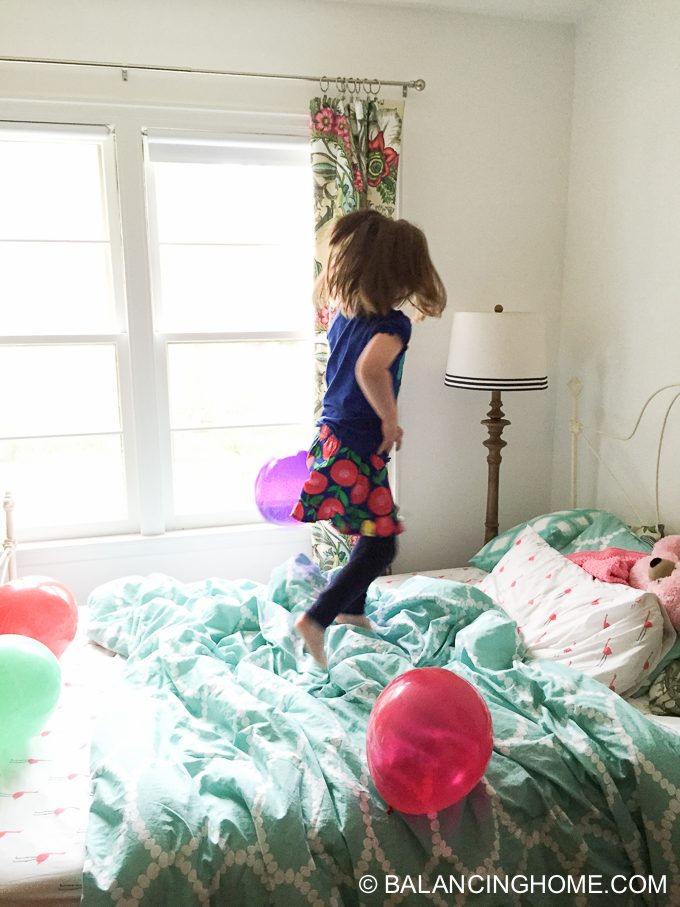 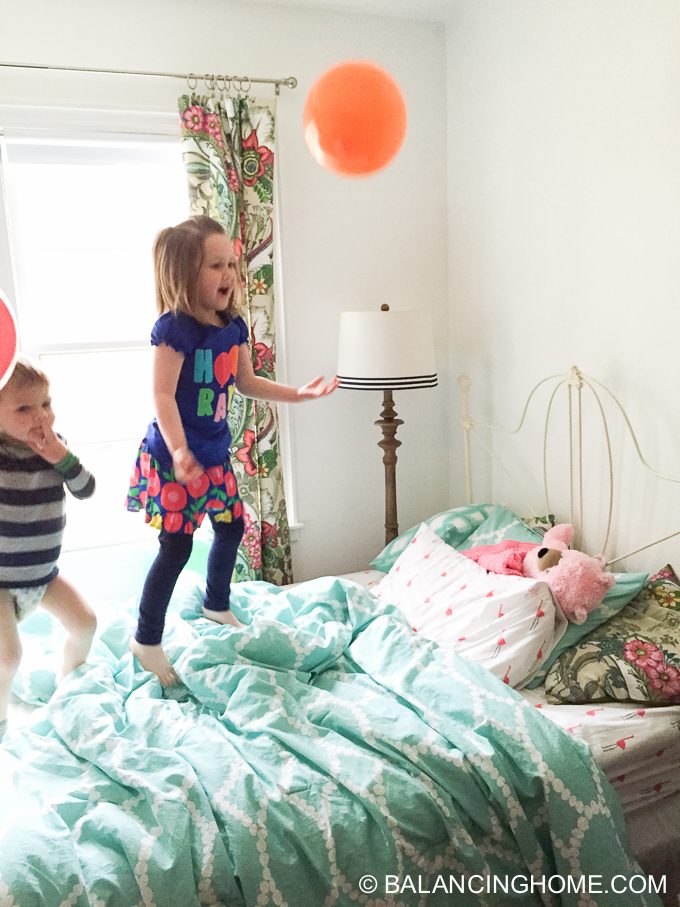 We tried really hard to get daddy to take a half day, but he just couldn’t. He was able to go out to lunch with us. Eleanor picked Noodles. No surprise there. The girl could live on mac & cheese. Quinn played hookie and missed school in the afternoon. I took all three kids to Monkey Joe’s, because that is what the birthday girl picked! 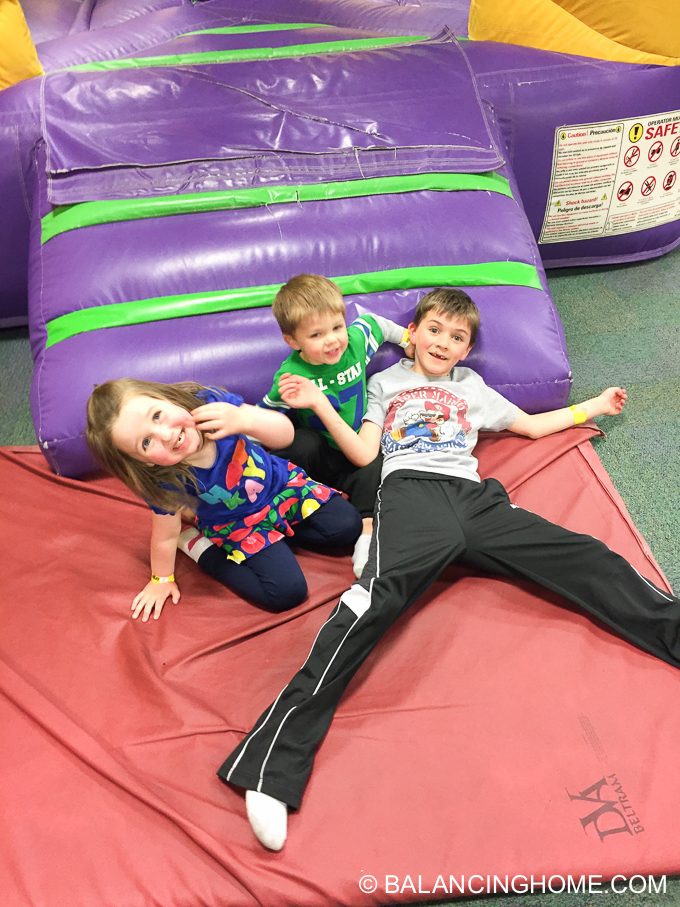 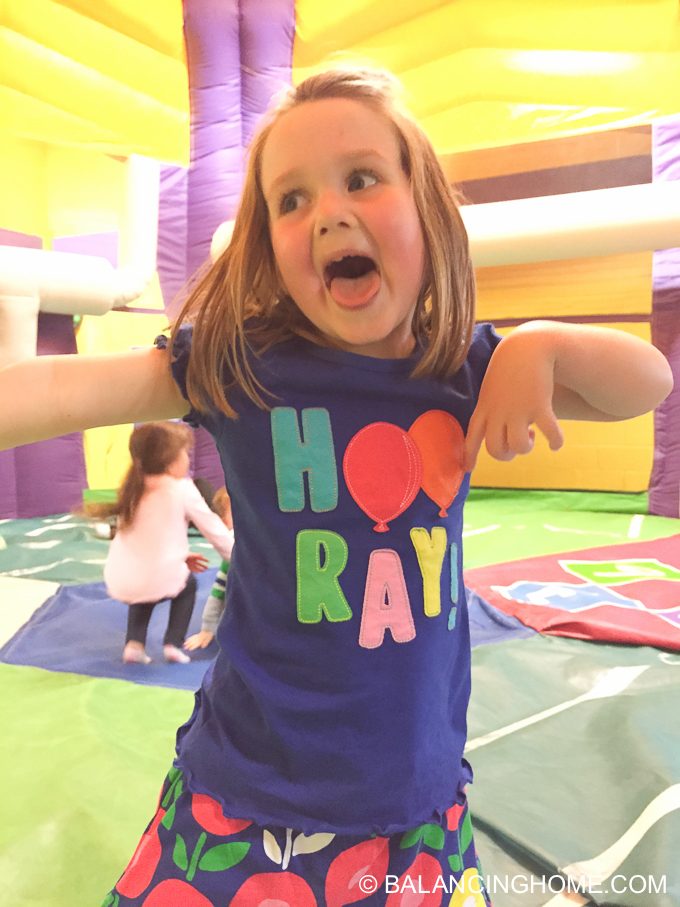 After Monkey Joes the kids wanted some wind down time. Eleanor picked couch snuggles and Frozen. 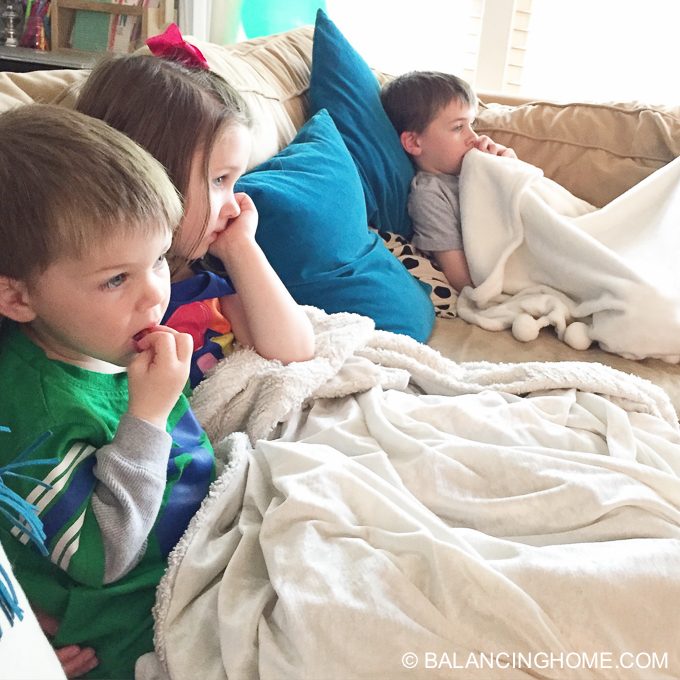 Then the fun caught up to her. 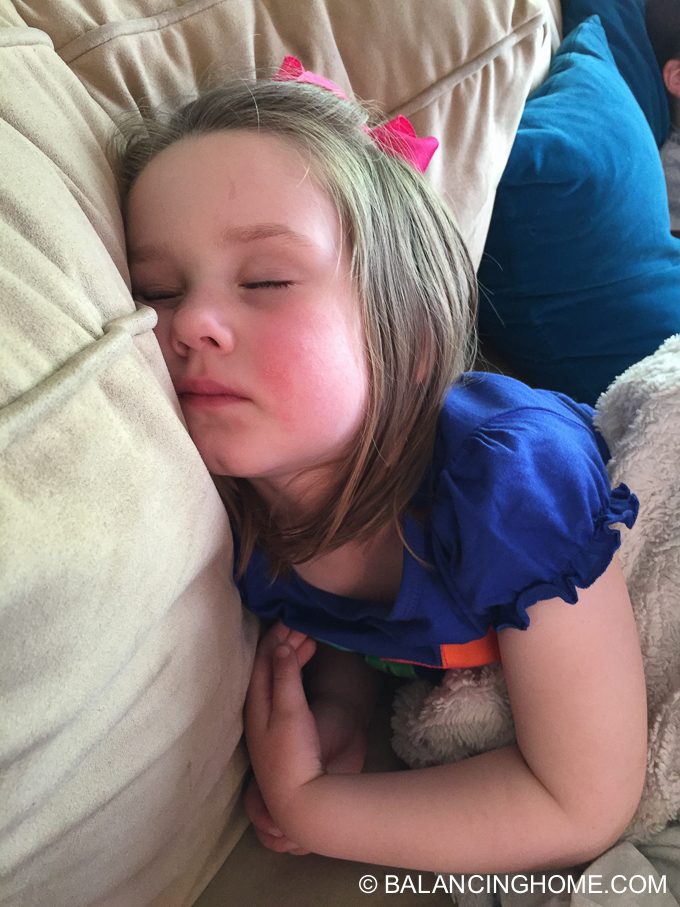 We, of course, sang to her on her actual birthday too. We really stretched out all the celebrating. There are so many things that make her so special. I love the way she shares a story–her expressions, her gestures. Sometimes I find myself staring into my rear view mirror at a light just watching her talk. I’m amazed at how incredibly intelligent she is, yet how silly she can be at times. She is always eager to make friends, kind and easy to get along with without being a pushover. She brings so much love and laughter into our lives. She is obsessed with licorice, loves to play with her brothers, she enjoys accessories and can get lost for hours in play.