Hudson is obsessed with trains. He makes Eleanor hold his shoulders, calls himself a black steam engine and runs around the house yelling, “all aboard” and “choo choo”. In fact, Saturday morning while Ross and I enjoyed our coffee and the kids collected sticks for my wreath (check that out here), they also ran in circles around the train track we drew on the sidewalk with chalk. 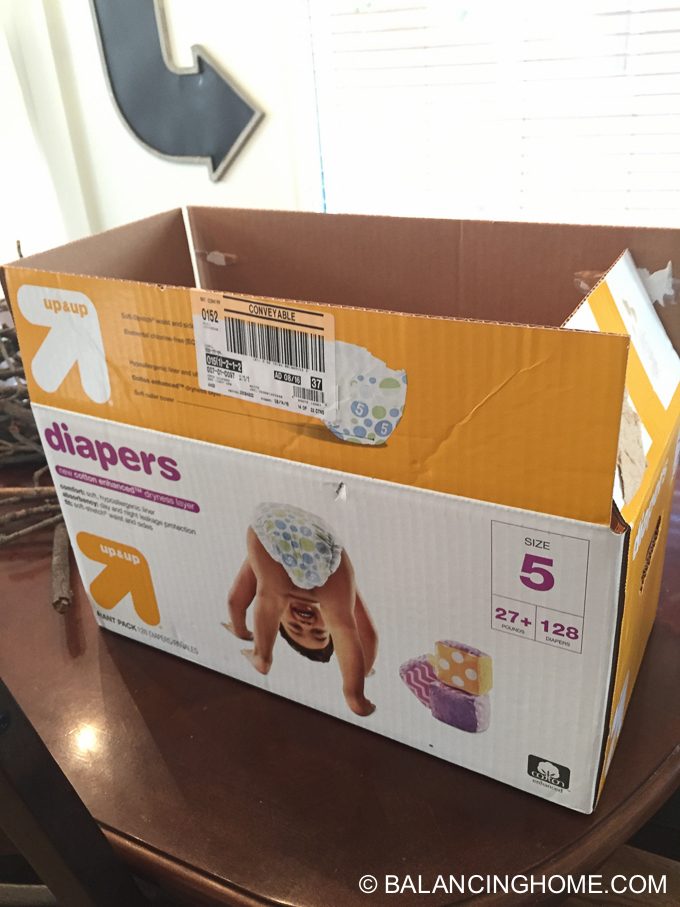 Well that box I cut a hole in for my wreath that I referenced earlier this week, became a train. It wasn’t a plan, just the natural progression of things with kids and boxes and big imaginations. 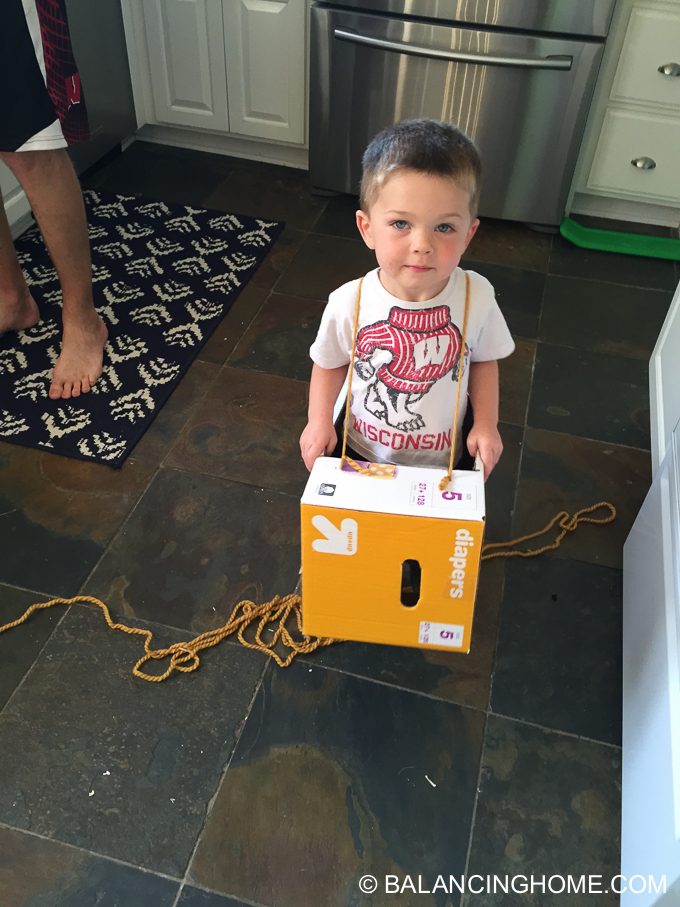 It started with Hudson standing in the box. Then we made them straps to hold the box up. He was already pretending to be a train. A black steam engine to be exact. We just punctured a pair of holes in the front and back and fed some yarn through the hole and tied a knot. We did criss-cross the back to help keep the straps from falling off of his shoulders. 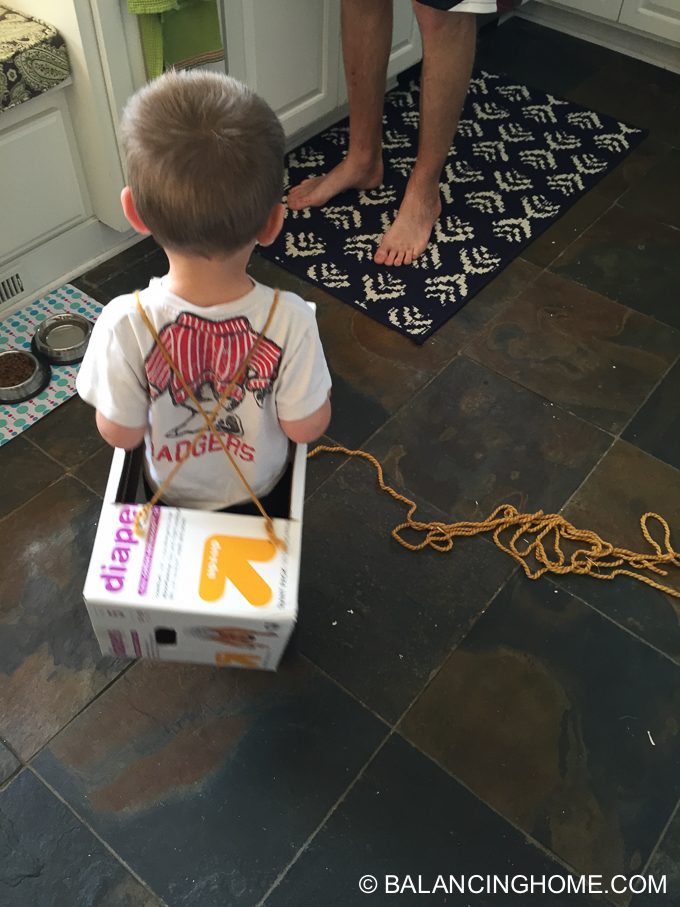 Of course every steam engine needs a smoke stack and steam. So we folded up some cardboard, taped some cotton balls on the inside, cut a slot in the box and slid it in. 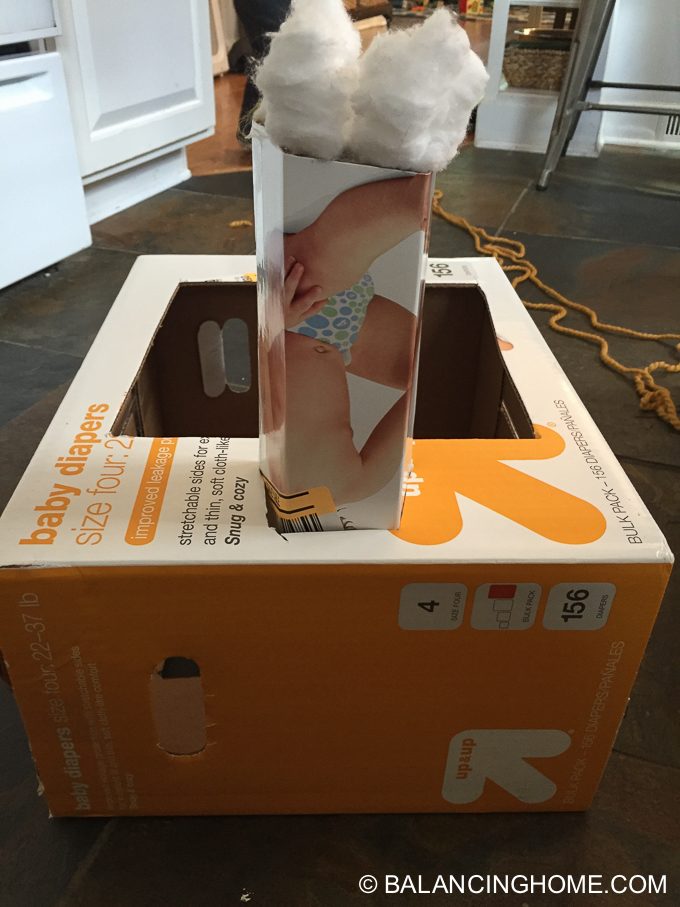 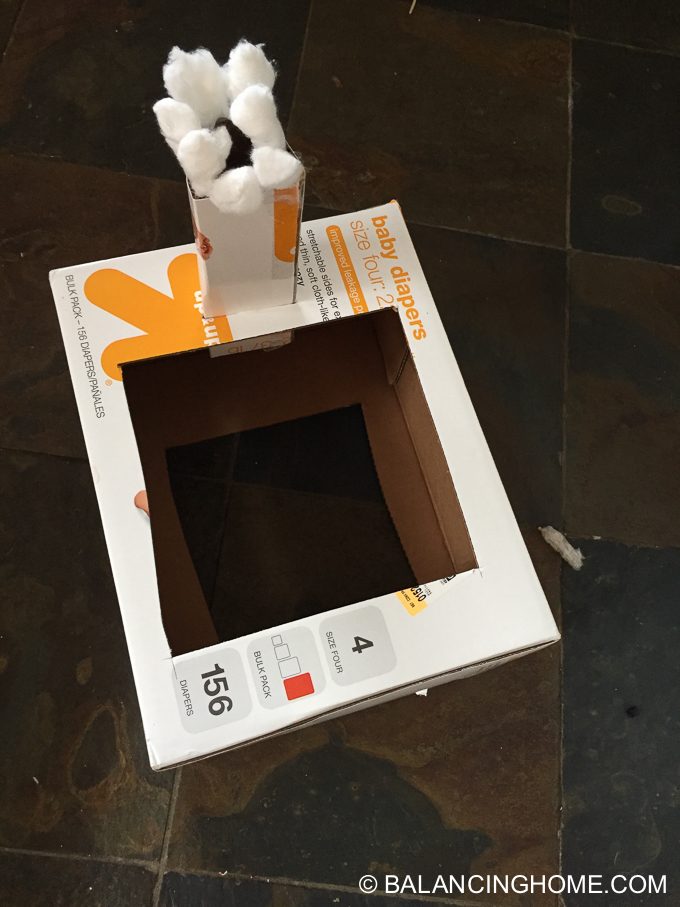 Now Eleanor wants one (no worries, plenty of diaper boxes around here) and mom and dad are getting way into this. We raid my craft haul for Duck tape and before you know it, we have full-blown train costumes. 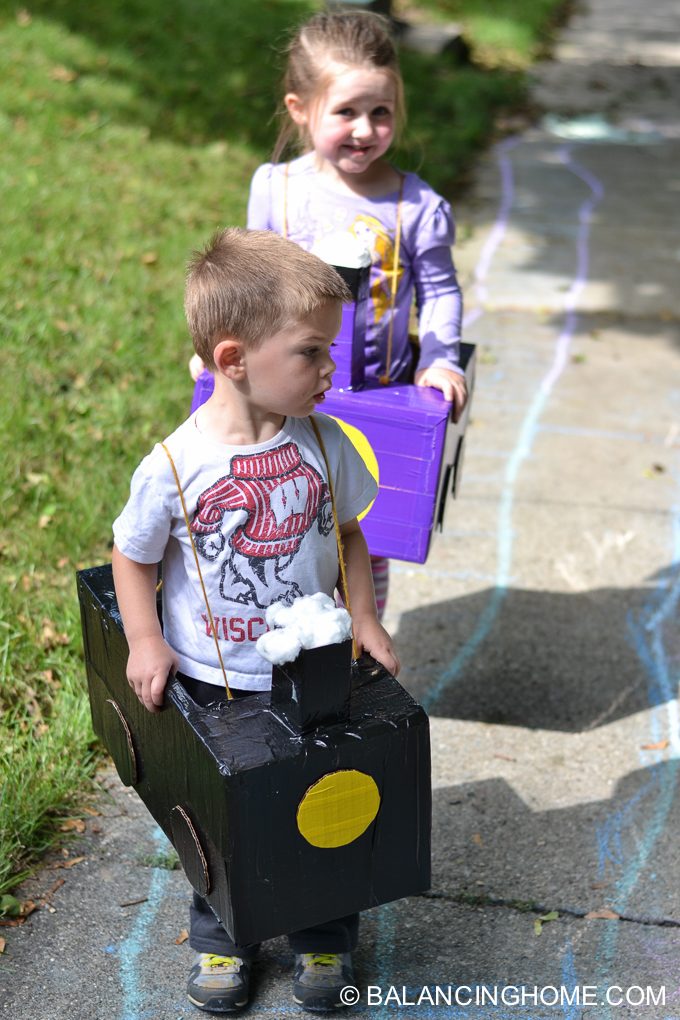 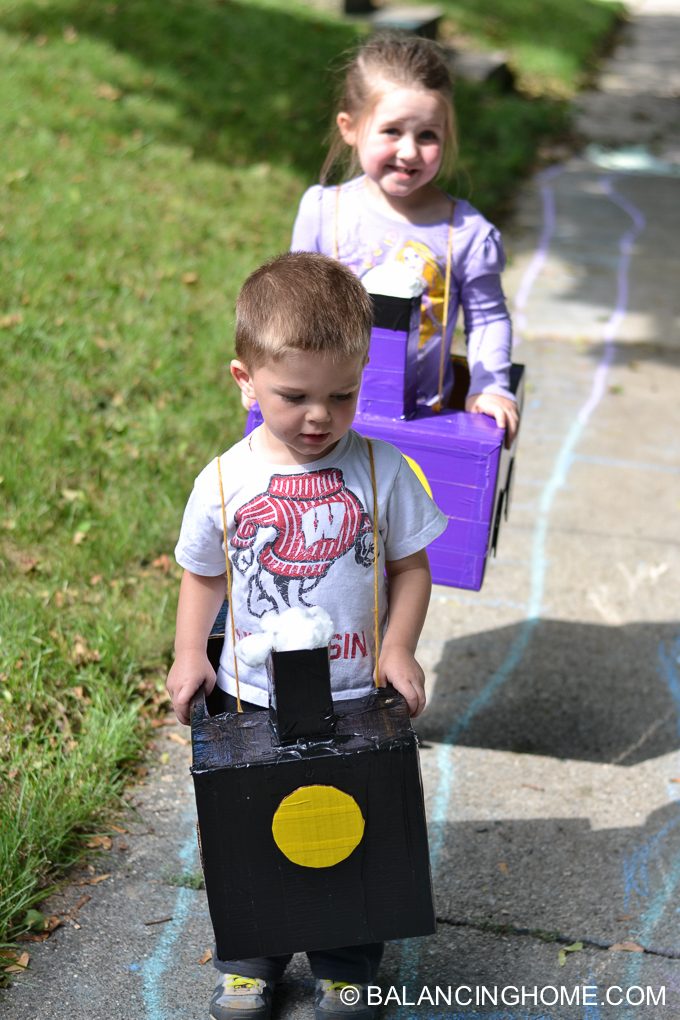 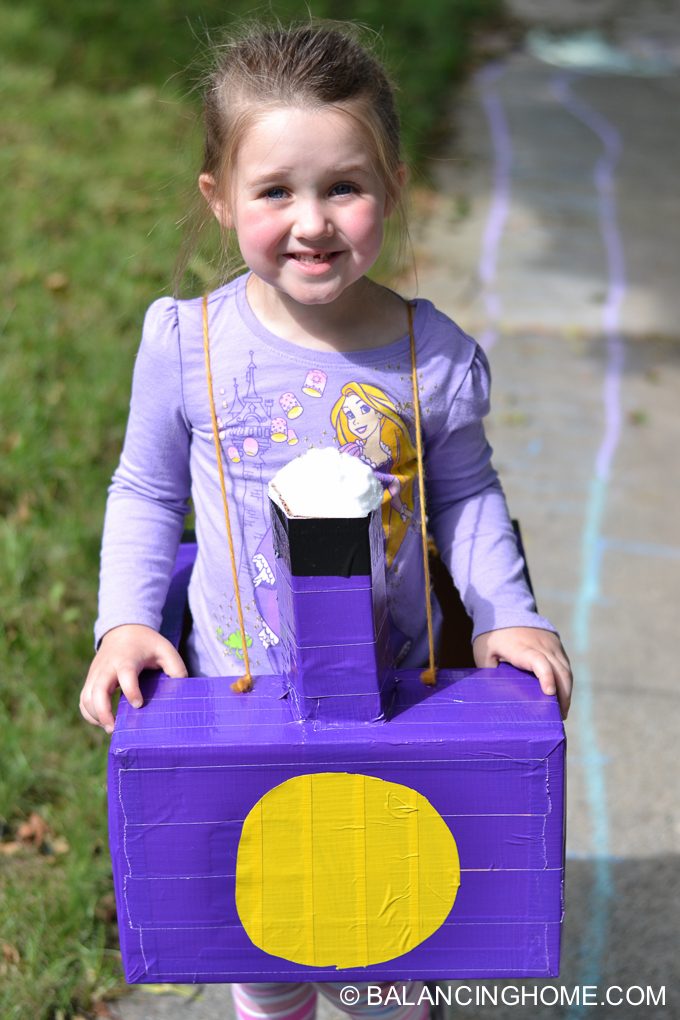 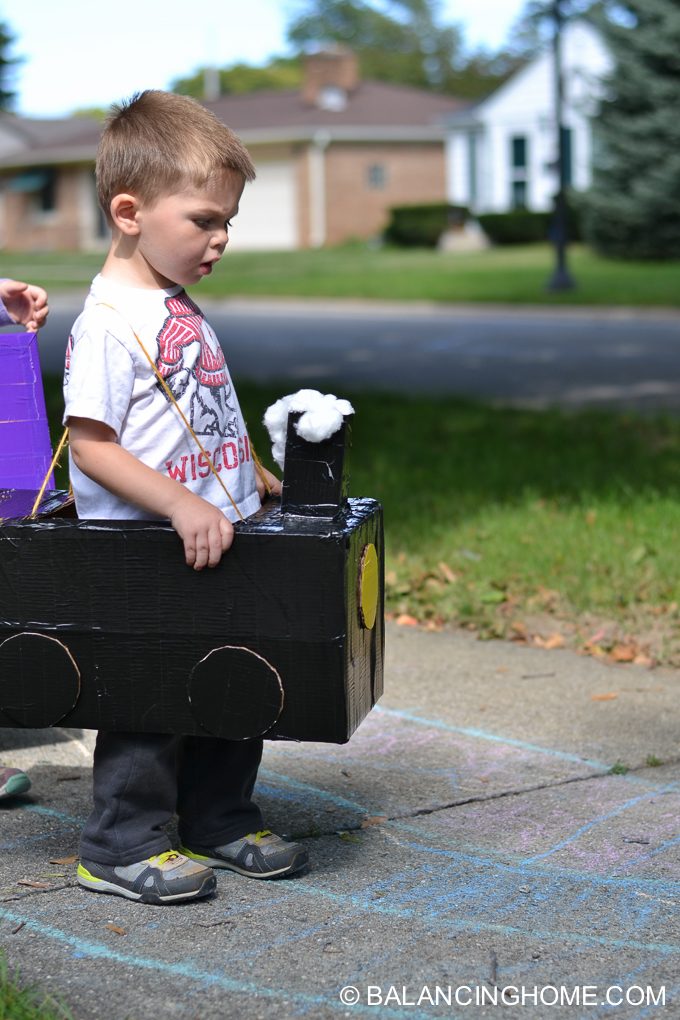 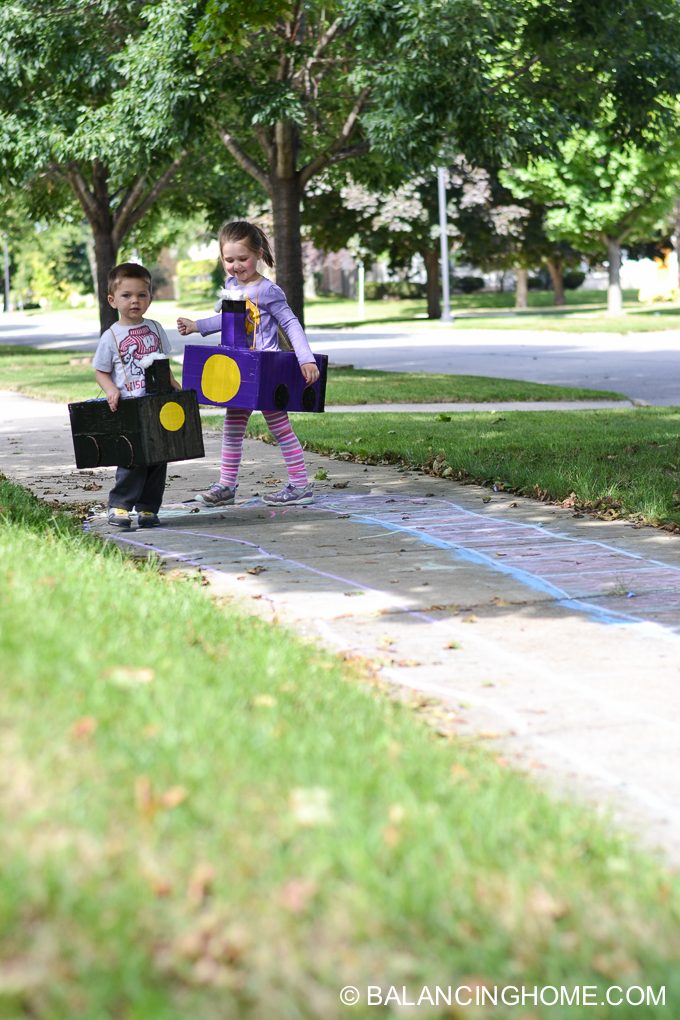 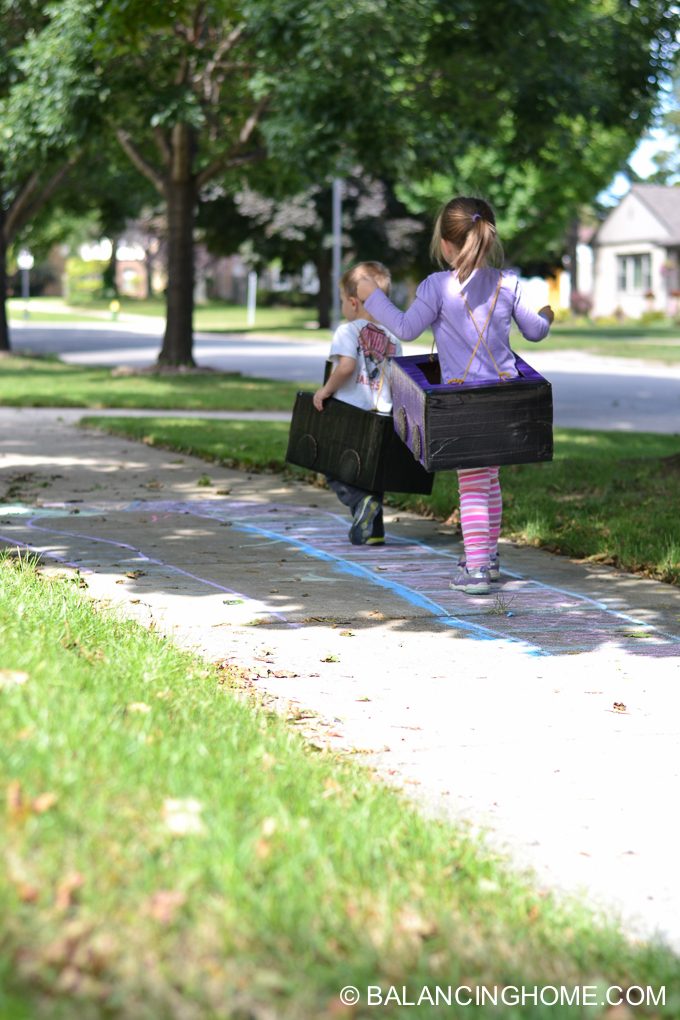 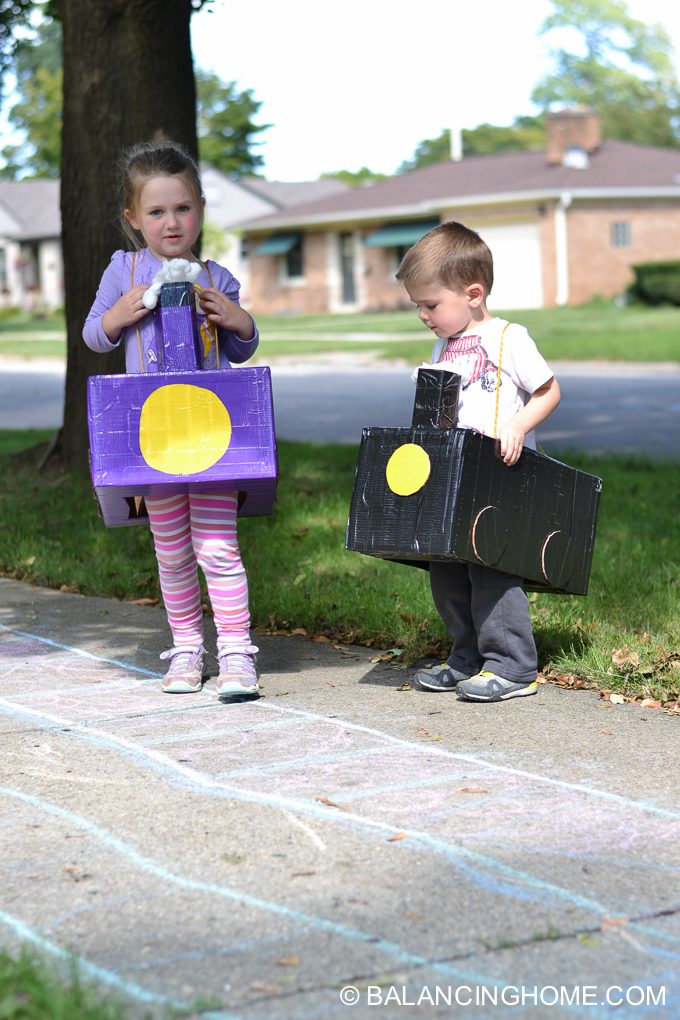 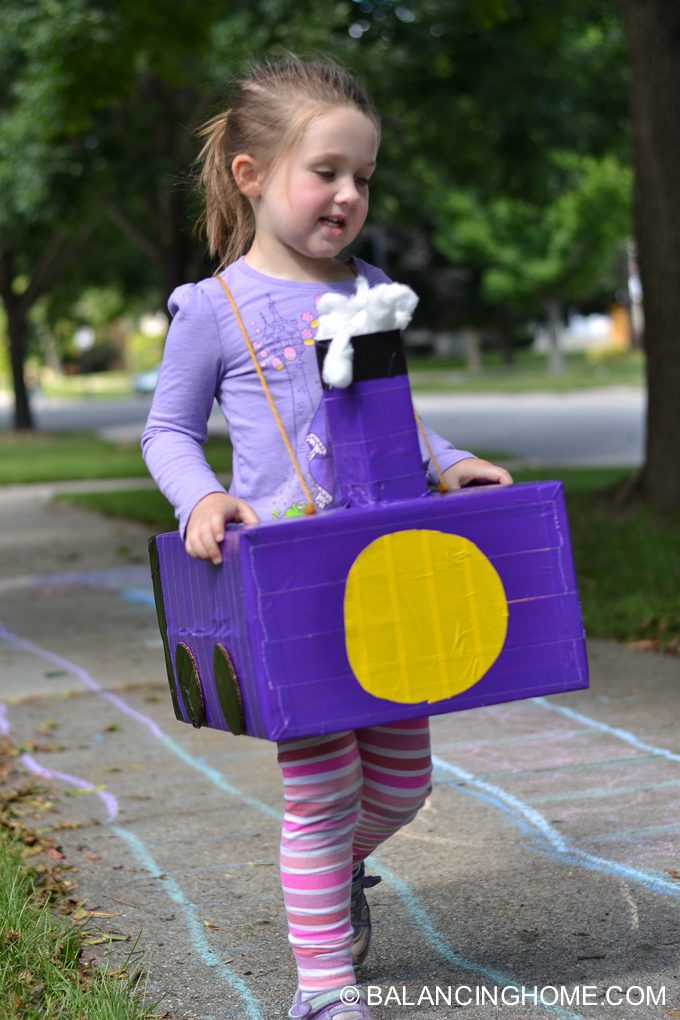 If you are looking for a very affordable Halloween costume, this would be a great option. You could even add a conductor hat and bandanna to complete the look. Chances are our trains will just be for playing around the house. The kids love them and they have already gotten lots of love just running around the house with their big imaginations!