After living with the Yo Gabba Gabba Mantle for almost a month it was time to up my game. I was lucky enough to be picked for an American Crafts glitter campaign and tons of glittery goodness arrived at my doorstep. 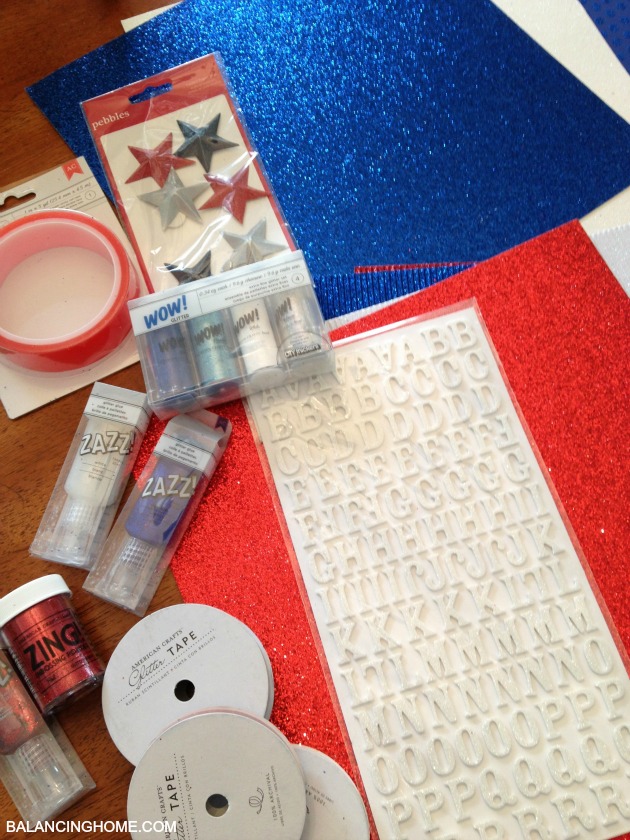 This is what I did with that glittery goodness. 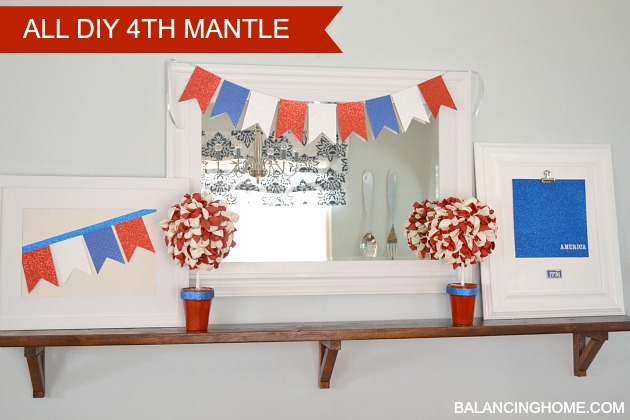 The paper bunting was so simple to make. The glitter paper came in 12×12 sheets, like your typical scrapbook paper. I cut it in half (two 6×12 inch strips). I then cut each strip into three parts (each 4 inches). This left me with a plethora of 4×6 inch rectangles. 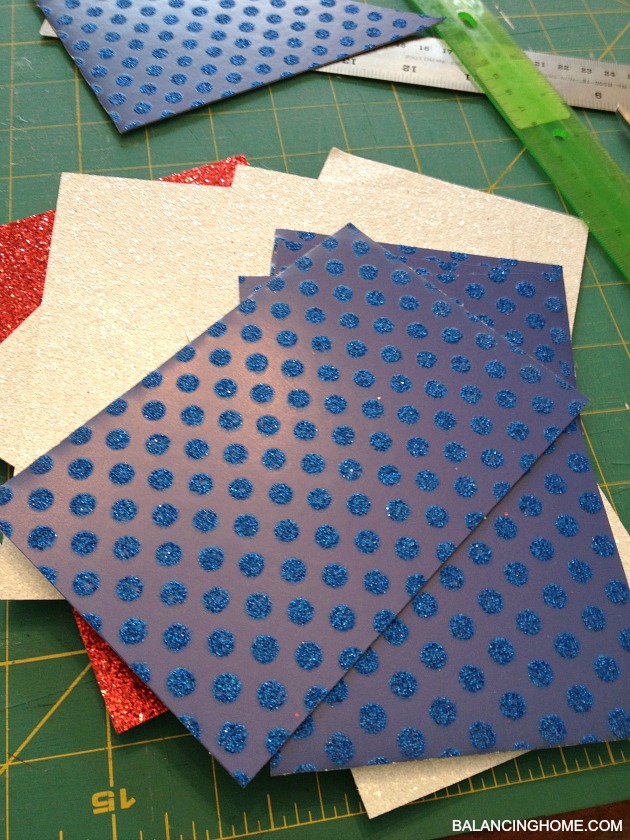 My next step was to create a pattern. I flipped over one square and measured halfway (2 inches in) and then 4 inches down. I then connected that point to the corners. 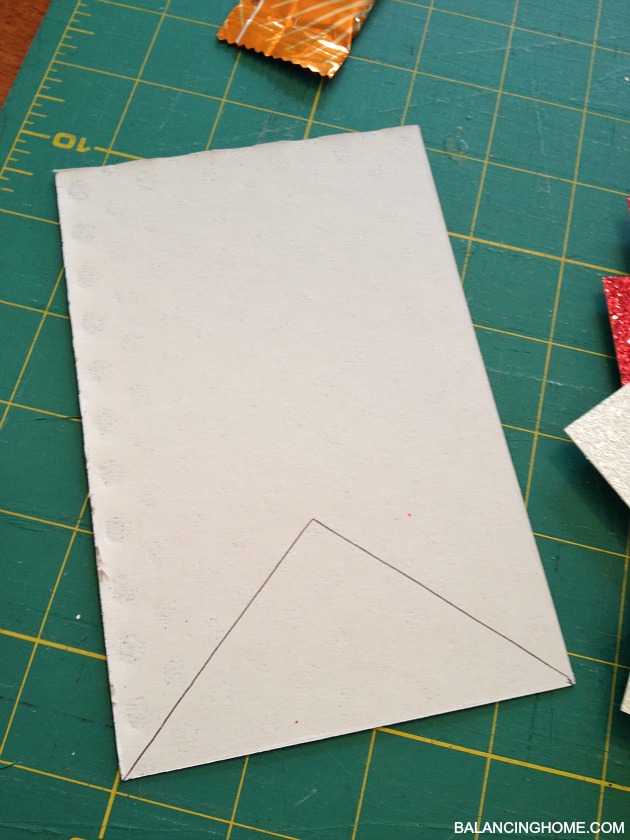 I cut on the line and I had my pattern. I simply lined the pattern up with the back of the rectangle and made my cutting marks. 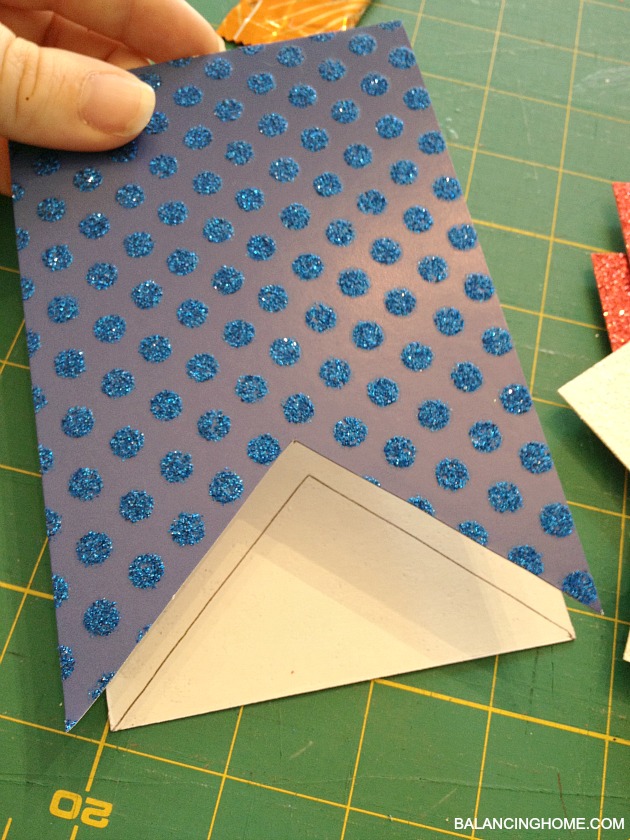 I attached the pennants to ribbon I had on hand using the double sided tape American crafts sent. 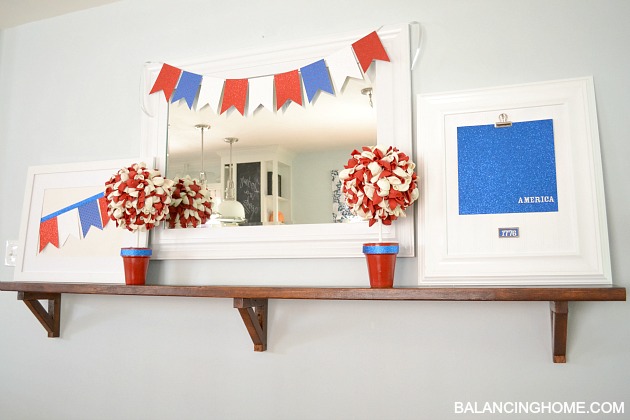 I didn’t measure my ribbon before I started. I was just going along pulling it off the spool and then all of the sudden it was gone.

So I decided to get creative with my left over pennants I had cut. I busted out the glitter tape that American Crafts sent and taped the pennants down on the frame. 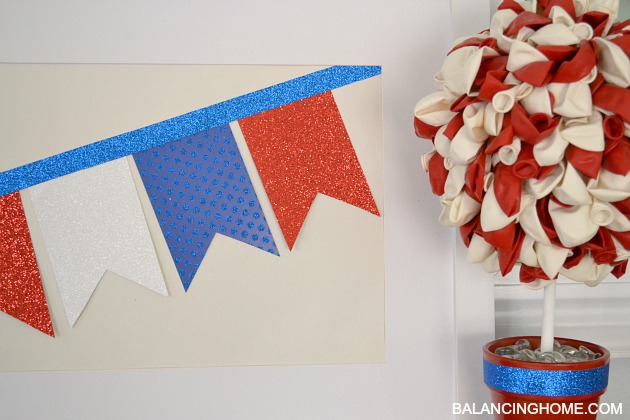 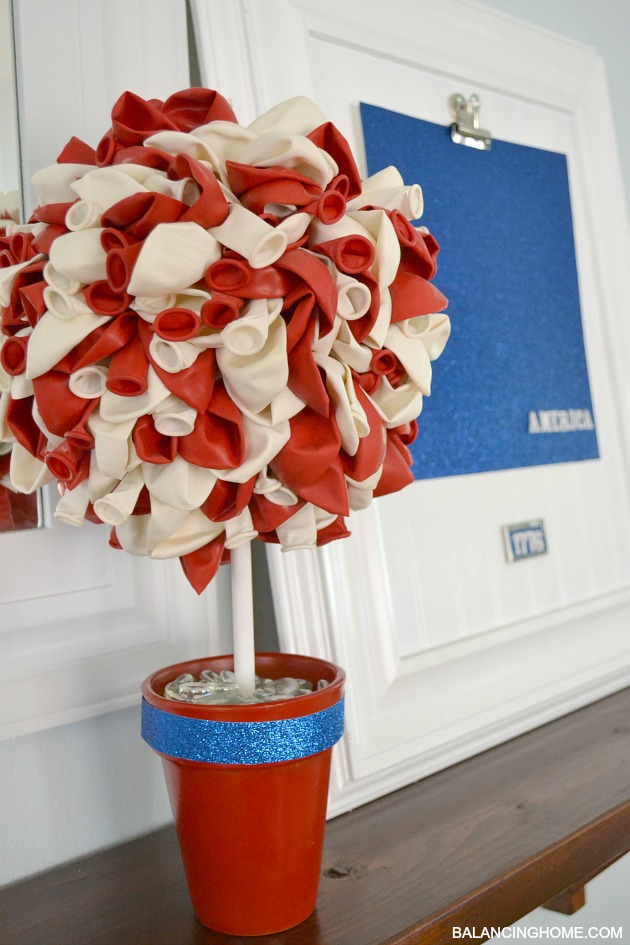 The clipboard I made from a frame my husband broke holds a piece of glitter paper that says America. I dressed up the paper with some glitter stickers American Crafts sent.

Ironic that the clipboard was made from a frame my husband broke, because while I was working on this mantle–he broke another. While I was in the process of switching the art out he forgot it was on the floor and stepped on it. He has quite a high picture frame breaking percentage. He is lucky I love him so much ;). 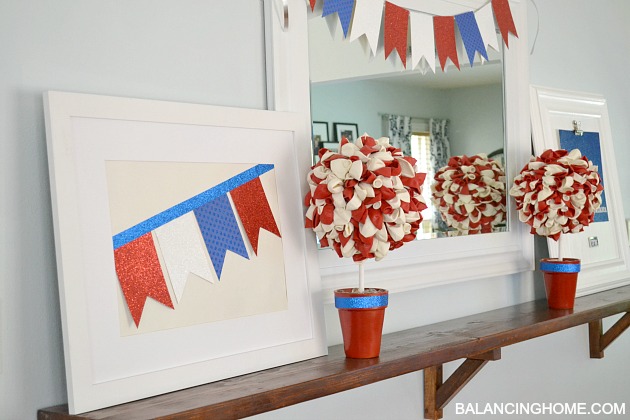 Having festive Fourth of July decorations up definitely makes it feel like summer. Today was also the last day of school for our local school district (I don’t have school aged kids) so I guess it really is the kick off to summer around these parts. Oddly enough, every year when we hit the Fourth I get this panicked feeling that summer is almost over. Anyone else?

This is a sponsored post on behalf of American Crafts. All opinions and ideas are 100% mine.

Sharing this project at: Thrifty Decor Chick: Before & After Party